The Electoral Commission has dismissed claims that its Chairperson has travelled outside the country after declaring the 2020 Presidential Election results on Wednesday.

The commission, in a statement, said, “Jean Mensa, the Chairperson of the Electoral Commission, as well as all the commissioners are at post discharging their legally mandated duties.”

The commission’s statement comes after speculations that its Chairperson and her deputies had travelled outside the country for fear of their lives.

The Commission declared President Akufo-Addo winner of the 2016 election amid rejections from the National Democratic Congress(NDC) which presidential candidate, John Mahama, described the results as “fictional and flawed.”

RELATED: Akufo-Addo Gets Final Licence To Be President, An Ambition Hatched 22 Years Ago

With hundreds on Wednesday protesting the results, the NDC on Thursday announced that it will not accept the results.

Little has been heard of the EC boss ever since she announced the results, fuelling the rumour mill that she had travelled outside the country.

But the commission described the claims as false, stating that the EC boss and her deputies were at post.

The commission has, therefore, urged the general public to disregard such unfounded speculation. 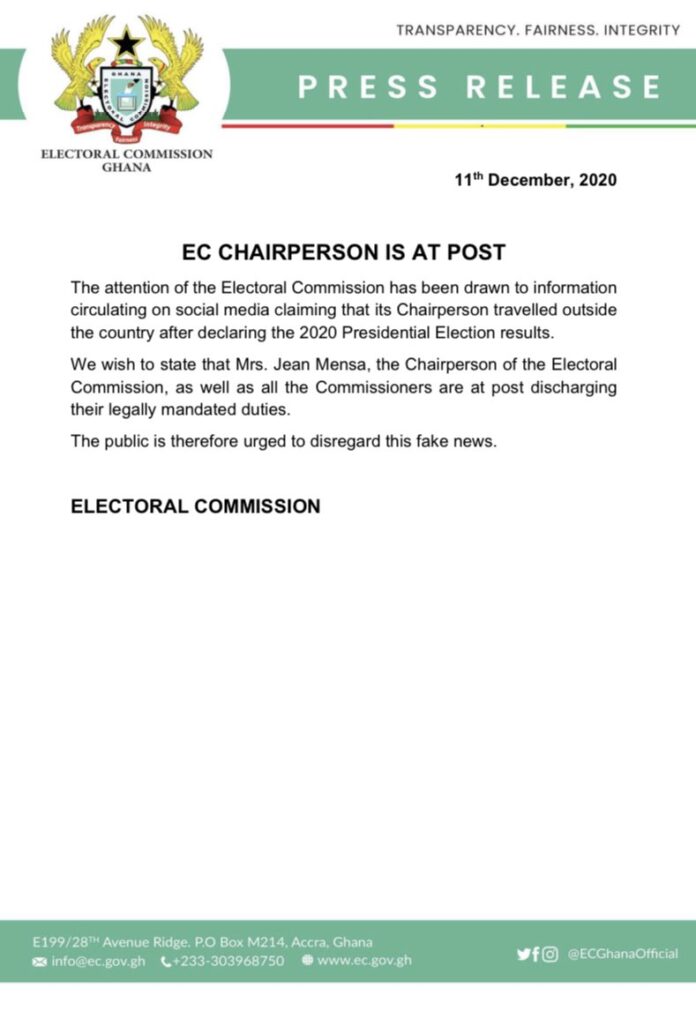