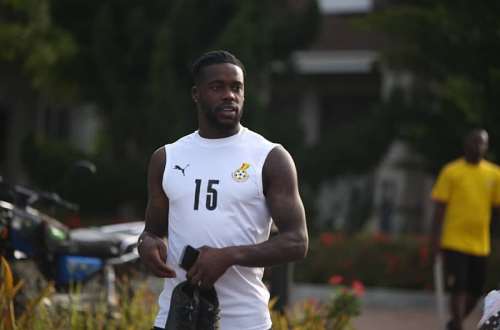 Ghana international Jeffery Schlupp is set for a scan this week to ascertain the extent of a hamstring injury he picked up while on break with the national team.

The Crystal Palace midfielder was substituted in the first half of Ghana’s FIFA World Cup qualifying win over Ethiopia last Friday due to a hamstring injury.

On the other hand, Palace is hoping the injury will not be that serious to affect their season campaign.

The 28-year-old has been sidelined for a series of injuries in the past few years. The recent being his 3 months absence after picking up an injury in Palace’s 2-0 win against Sheffield United in January this year, a game in which he scored the opener.

He was part of the Black Stars players who could not feature in Ghana’s clash against South Africa due to Covid-19 restrictions and returned to London on Monday, where he is expected to be assessed by Crystal Palace’s team doctors.

Schlupp has made 18 appearances for the national team since his debut in November 2011.

He scored his first goal for Ghana in a 7–1 win over Mauritius in an African Cup of Nations qualifier on 14 June 2015.