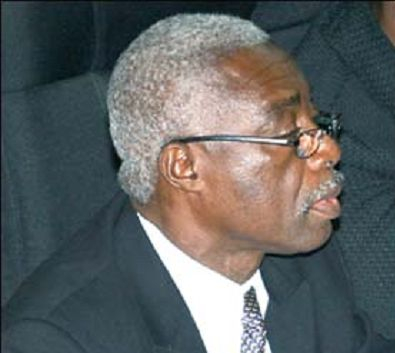 Contrary to perceptions from a section of the public that Chief Justice nominee, Justice Kwasi Anin Yeboah, is a New Patriotic Party loyalist who will do the bidding of the ruling government, a retired Court of Appeal Judge, Justice Isaac Duose says it is just a tag.

“That perception is one that many people have tagged on judges. It may be a mere perception. It may be truthful or may not truthful,” he told theghanareport.com

That perception was carried to the courtroom in the 2012 election petition when Counsel for the National Democratic Congress, Tsatsu Tsikata, accused Justice Anin Yeboah of bias in favour of the New Patriotic (NPP).

But Justice Duose insists that Justice Anin Yeboah is a consummate professional and an astute lawyer who will not risk his image for partisanship as a Chief Justice.

“His delivery henceforth will determine whether… If he will be remembered in the future, it will be about his professionalism.

“Even if he is an NPP man, this is the time to make a clean break and make a name for himself,” he said.

Chief Justices don’t leave the office with President’s that appointed them—a point that makes it necessary for them to court successive governments.

That, Justice Duose said imposes a duty on the Chief Justice to show unalloyed neutrality.

“It is very important to have a good relationship with whichever party comes into office. This always depends on how you comport and portray yourself.

“ Once you show a trend of following the law, and not following persons or a party, you will have a very easy life with whoever is in power. It seems as if politicians are bad losers like football fans.

“It should be up to the new Chief Justice to play his cards well and be acceptable in the long run by everybody.

Justice Duose who has spent over three decades in the country’s legal system observes that when judges are appointed, they grapple with problems with politicians,  the Bar (lawyers) and other interest groups.

“But in due course, when they show their fairness, their balance and the way they conduct their affairs, even if they may not like them, they eventually accept them,” he said.

With a smile, he adds quickly, “Judges are not supposed to be liked or loved, anyway.” 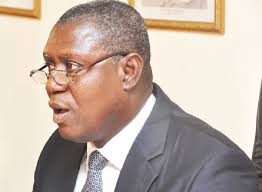 The nomination of Justice Anin Yeboah stirred a controversy that often comes up whenever a new Chief Justice is nominated.

While one school of thought wants the baton handed over to the senior-most person on the apex court, another group favours the wish of the President.

However, tracing the history of the appointments since the early 1990s, Justice Duose said there was no convention of appointing the senior-most Supreme Court judge.

He said the only existing precedents are Justice Edward K. Wiredu who was Chief Justice from 2001 to 2003 and Justice Sophia Akuffo, the outgoing Chief Justice who joined the Supreme Court in 1995.

He explains that Chief Justices Isaac Kobina Abban (1995-2001); George Kingsley Acquah (2003-2007) and Georgina Theodora Wood (2007-2017) were not the senior-most judges on the apex court when they were appointed as heads of the Judiciary.

When approved, Justice Anin Yeboah will become Ghana’s 13th Chief Justice and the 26th since 1876.

While he will not act as a President for a minute and state what key considerations apart from the constitutional ones the country’s successive leaders consider to choose Chief Justices, the retired judge said “there is no straight line. There are no patterns and no trends.”

“It is difficult to say because every appointing authority may have their peculiar reason for selecting one over the other. Unlike the United States of America where the Republican will choose conservative judges and the Democrats liberals, it is not clear in our system why the President chooses one person over the other.

“I don’t want to say it is political loyalty. I don’t think it needs emphasis. Even if the person is perceived to be an NPP or NDC loyalist, what the person will do on the job will show where he or she stands.

“But I think people should distinguish themselves as true professionals as opposed to being partisan. There is a possibility is that Anin Yeboah might outlive the Akufo-Addo government just like Justice Wood did.

“So if you go in there and you should too much loyalty to one party when the tables turn, you will find yourself embarrassed.

“This is an environment in which we fight for scarce resources. It is possible that if somebody perceives you of… he might even starve you of funds and you can’t fulfil any of your projects,” he said.