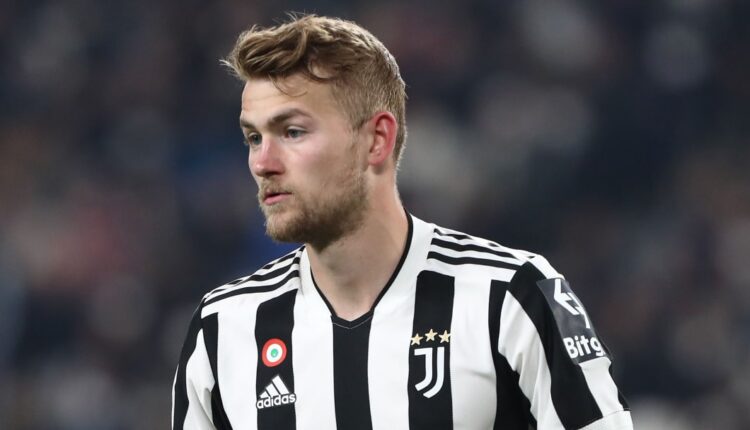 Juventus will demand a fee of around €100m to sell centre-back Matthijs de Ligt to Chelsea, 90min understands, with the Dutchman emerging as the London club’s priority defensive target this summer ahead of Sevilla’s Jules Kounde.

De Ligt has reached an impasse in contract talks with Juventus as a result of his revised wage demands and he is willing to push for a move if the Bianconeri do not significantly increase their current offer.

Sources have told 90min that Chelsea were alerted to the 22-year-old’s potential availability and view the opportunity to sign an established, top-level central defender as too good to pass up, therefore prioritising negotiations over their long-term pursuit of Kounde.

De Ligt’s agent, Rafaela Pimenta, is among a number of representatives who Chelsea‘s new ownership group – led by Todd Boehly – have proactively engaged in talks with since completing their takeover in May, and her client’s name has been discussed.

However, given De Ligt still has two years left to run on his current deal in Turin, the ball is firmly in Juventus‘ court. Manager Max Allegri is intent on keeping the player, but 90min understands the Serie A giants could be swayed by an offer of around €100m (£86m) to part with the Netherlands international.

Chelsea have attempted to offset that fee by offering the pick of a number of players in part-exchange, including Hakim Ziyech, Timo Werner, Christian Pulisic, Ruben Loftus-Cheek and Kepa Arrizabalaga.

However, Juve have not yet been enticed by any of those names and will instead hold out for a cash-only deal if they are to be forced to sell. 90min understands Chelsea are now preparing to make a firm bid, and it should not be ruled out that they eventually stump up something close to that asking price.

As previously reported by 90min, Chelsea’s attempts to land De Ligt will not affect their pursuit of Kounde, with head coach Thomas Tuchel keen to land both players in an ideal scenario. The Blues are in dire need of defensive reinforcements following the departures of both Antonio Rudiger and Andreas Christensen.