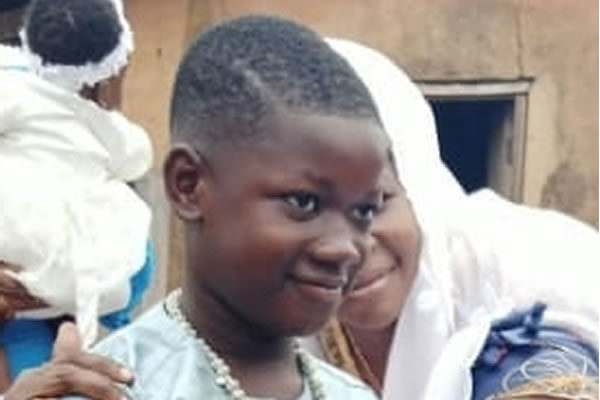 The 10-year-old boy allegedly murdered for money rituals at Kasoa in the Central Region is expected to be buried today in line with Islamic tradition.

The police are expected to release Ishmael Abdallah’s body to the family for the burial processes to take place.

The spokesperson for the family, Mr Samed Akalilu, revealed that they were expecting to have the body on Wednesday, April 7, after they went to the court, but that did not happen.

However, they have been assured of getting the body today [Thursday, April 8].

Central Regional Minister Justina Marigold Assan had promised the family they would receive the body and justice would be served to bring closure to the matter.

“By tomorrow [Thursday], the family will receive Ishmael’s body so that we can do the needful. Regional Police Commander will come on Friday to assist with the necessary arrangements as well,” She promised.

Meanwhile, the fetish priestess who allegedly issued the instructions have been arrested by police at Amanase near Suhum in the Eastern Region.

She is to assist in investigations on her role in allegedly instructing teens to provide human parts for rituals.

Felix is a 16-year-old mason labourer and the first accused, while Nicholas is an 18-year-old student and second accused.

He was playing a video game when his playmates, who are known residents in the area, called him into the uncompleted building.

They were arraigned and scheduled to reappear at the Ofaakor District Magistrate on April 20, 2021.