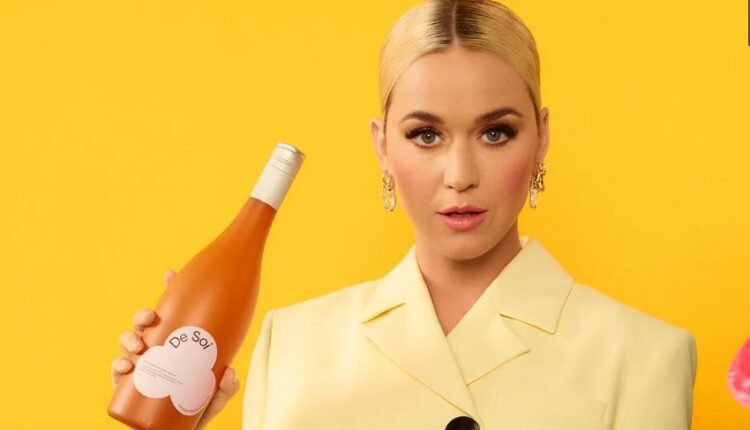 Katy Perry’s new venture is all about having fun — and feeling good at the same time.

In the new year, the singer launched De Soi, a line of sparkling ready-to-drink non-alcoholic apéritifs with natural adaptogens.

While chatting with PEOPLE about the new line, which officially launched on Jan. 6, Perry explains why she went ahead with making the beverages non-alcoholic. “Well, I’m 37, so I definitely can’t drink like I was in my 20s,” she says with a laugh.

“On a weekday, having a couple [of alcoholic drinks] will take me out of the presence game for the next day or two. So I like to have a bit of self-control on the weekdays and then have dinners with friends and stuff on weekends or when I’m not working, et cetera,” Perry continues. “But really it’s about balance.”

The “Teenage Dream” singer noted that she will “go through phases” of drinking and not drinking.

“Sometimes I’m not drinking and I’m really focused,” she says. “And then sometimes I’m like, it’s not a big deal.”

De Soi, which Perry explains is French for “pleasure with restraint,” is available to purchase in either ready-to-drink cans or bottles. It comes in three flavors: Golden Hour, Champignon Dreams, and Purple Lune.

Each is packed with fresh ingredients. Purple Lune has notes of blackberry nectar, vanilla oak, and rose petals; Champignon Dreams has an earthy taste with the essence of strawberries and grapefruit; and Golden Hour is made up of warm citrus, lemongrass, and leafy herbs.

The whole creative experience has been a passion project for the Grammy-nominated superstar. “I love herbs. I love alchemy. I love wellness. And I love the feeling of some of these different adaptogens that are actually in the drinks,” she says. “Some of these herbs, ingredients will help brighten your mood or help ease you into the evening.”

Perry worked with Morgan McLachlan, the brand’s co-founder and co-creator, who Perry says was perfect for the role. “She knows everything in the actual alcoholic category. And she knew exactly how to mimic alcoholic beverages into a non-alc,” she explains.

As a fan of existing non-alcoholic brands like Seedlip, Perry says, “I have always wanted to bring something to this space with my own twist — so De Soi was born out of that.”

De Soi’s product line is vegan, gluten-free, non-GMO and contains no artificial flavors or colors, according to an official press release.

“There is a lot of pleasure, but still a lot of self-control, which is top of my list on new year’s resolutions,” Perry notes of the drinks.

As for a favorite flavor? The singer loves them all, but does have a deep liking for the Purple Lune flavor. “It’s the richest,” she tells PEOPLE. “I would say it’s the most exciting flavor for me.”

Perry also says that her new venture is part of a piece of her that has been “starting to blossom” in the “past few years.”

“[It’s] just my involvement in the health and wellness space and different companies that I really believe and back and put my money where my mouth is,” she says, noting her involvement with other health-based companies such as Bragg, Impossible Foods and Apeel.

“I think De Soi really is a perfect fit into my future as a health and wellness entrepreneur because it really encapsulates that definition of just taking care of your temple as best as you possibly can while still having tons of fun,” the mother of one adds.