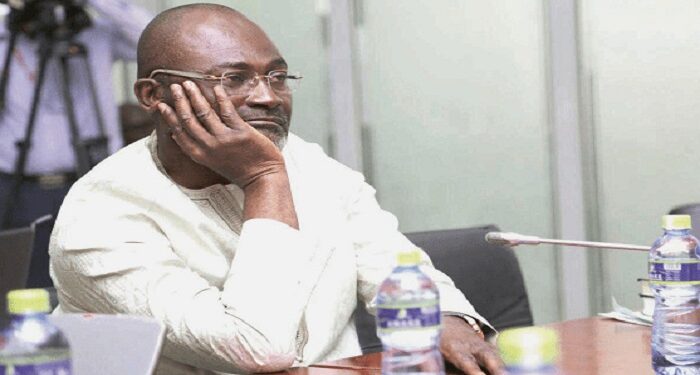 Parliament’s Privileges Committee has set August 5, 2021, for the public hearing of the contempt case against Assin Central legislator Kennedy Agyapong.

This was decided at the committee’s virtual meeting on Tuesday, July 27.

Tamale North MP Alhassan Suhuyini, who is the complainant in the case, is said to be the first witness to appear before the committee.

Mr Suhuyini, by way of motion paper, complained of comments made by the Assin Central MP, who is also the Chairman of the Defence and Interior Committee of the House.

On Friday, July 9, the Assin Central legislator verbally abused and threatened to attack Luv FM’s Erastus Asare Donkor for his reportage on the disturbances at Ejura that led to the death of two persons and four injuries.

The outspoken politician was filmed on his Net2 television stating that if he had been the President, he would have ensured that Erastus Asare Donkor “is beaten mercilessly”.

Consequently, the Multimedia Group filed a formal complaint against the Assin Central MP at the Criminal Investigations Department (CID) for threatening the life of Mr Donkor.

Mr Suhuyini believes the conduct of his colleague MP is an affront to the dignity of Parliament and brings the house into disrepute.

Meanwhile, the Minority Caucus has accused the First Deputy Speaker and Chairman of the Privileges Committee Joseph Osei Owusu of shielding the embattled MP.

Member of Parliament for Sagnerigu A.B.A Fuseini in an earlier interview with Metro News said his side of the committee is yet to be invited to a single meeting after rejecting a proposed Zoom conference.

The Ghana Journalists Association (GJA) said the threat against the Multimedia journalist is a form of impunity against journalists in the country and should be condemned.

The association’s president Affail Monney said urgent action should be taken on the issue, and efforts made by the country’s security agencies to protect the life of the journalist.

“He [Kennedy Agyapong] is known for his plain talk and verbal jabs, so some may be inclined to dismiss the video in question as a normal rendition of his unrestrained comments and emotional outburst. However, the hard truth is that Hon. Agyapong’s comments ignite serious concerns relative to the most tragic circumstances of the assassination of Ahmed Suale of Tiger-Eye PI two and half years ago,” Affail Monney noted.

They were of the view that the remarks were liable to put the life of the reporter of the Kumasi-based radio station in danger.

“The MFWA is deeply concerned about the MP’s hostility towards Erastus Asare Donkor and his open call for the journalist to be beaten.

“This concern is born out of Kennedy Agyapong’s previous attacks on Ahmed Suale before the investigative journalist was murdered in Accra on January 16, 2019,” the statement said.