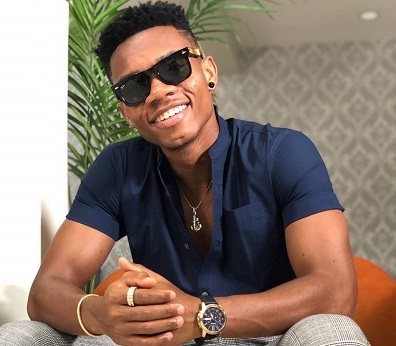 Awarding-winning afrobeat artiste, KiDi, is billed to perform at this year’s edition of the annual Laboma Beach Kenkey Party scheduled to take place from August 4 and 7 to entertain music fans in and around Accra.

KiDi, who is among the most sought-after performers in the country, will be performing to thousands of music fans who will make their way to the venue.

The event, which is organized by Miknel Consults in collaboration with Laboma Beach Resort, is expected to attract thousands of music lovers from all walks of life.

Dubbed “Kenkey Party”, the event will witness a live stage performance from Chief One, winner of Next Rated Act of the Year at this year’s 3Music Awards and VGMA Unsung Artiste 2022 on August 4 alongside some selected acts.

KiDi is also billed to rock the stage on Sunday, August 7, 2022, at the same venue. Ghanaian actress Kisa Gbekle will be the MC for the two-day event. KiDi is expected to set the venue on fire with his back-to-back afrobeat hit songs.

He is expected to thrill fans with songs like ‘Odo’, ‘Say Cheese’, ‘Enjoyment’ and the 2021 smash hit ‘Touch It’, which went viral on TikTok and on the UK Afrobeats Chart and the Billboard Global Triller Chart.

The organizers believe in providing fun and entertainment for their fans in every unique way, adding that bringing acts such as KiDi, Chief One, and others on one stage is definitely going to be amazing.

The event organizers have put together a mouth-watering package to ensure that music fans have a very memorable day.