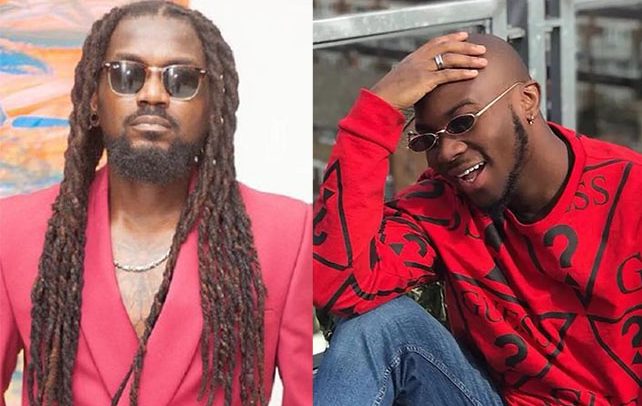 The official song outdoored by the Ghana Football Association (GFA) was composed by the Kentos Band in collaboration with the Ministry of Youth and Sports, titled, ‘Osey’.

King Promise also had earlier collaborated with the Ghana Football Association (GFA), the sports governing body, to release an official song, Black Stars (Bring Back The Love), for Ghana ahead of the Qatar 2022 World Cup.

But Samini has said the official theme song for the Ghana Black Stars at Qatar 2022 World Cup is wack.

He however didn’t mention a specific song. He tweeted, “The new black stars song though, do we have to learn it before the world cup? whoever chose it probably wrote it too. Eiiiii track na 3y3 ya saaa no! Hmmm…a few of us could have done a better job at that Chale anaa meeb)dam lol. but vim still for the boys. Go Ghana.”

“I did Germany 2006, performed the official song at the closing ceremony at SA 2010. 2014 was yawa and 2018 we no fit go. Been there done that 4get hype. The morale of my statement beyond politics, typos and grammatical errors remains the fact that the track is wack in my Opinions,” he further wrote.

He continued by also praising young musician Kweku Flick for his song he also recorded for the Black Stars.

The multiple award-winning Ghanaian reggae-dancehall musician then went ahead to release a brand new song for the African continent as part of the ongoing World Cup in Qatar. He titled “Win Africa Win.”

But King Promise appeared not happy with Samini. In what looked like a cryptic response, he described Samini’s criticism as “sad.”

He tweeted, “Long Live The Idols. May they never be our Rivals” “Idols become Rivals … Sad,” he added.