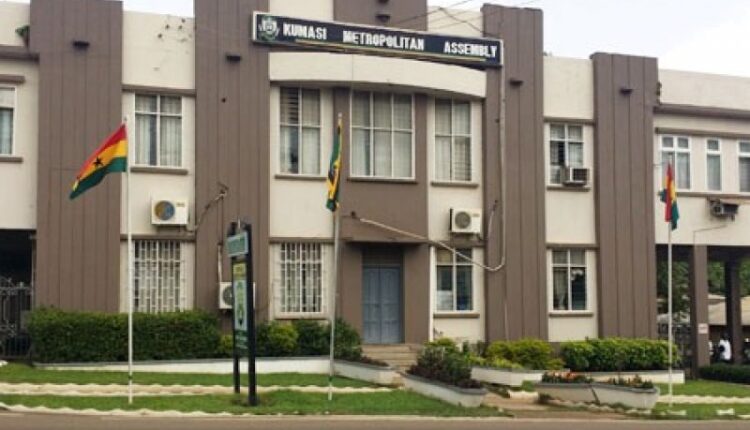 KMA Clamps Down On Illegal Levies For Central Market Construction

The Kumasi Metropolitan Assembly has advised the general public not to fall victim to faceless persons who claim to be agents of  KMA collecting monies for the allocation of stores after the completion of phase II of the Kejetia market (Central Market).

The management in a press release indicated that it has come to their notice how some faceless individuals are taking monies from traders with an assurance of providing them with shops after the redevelopment of the Central Market. The executives are advising traders especially not to fall victim to this prank.

In a press release signed by the Public Relations Officer of Kumasi Metropolitan Assembly, Henrietta A.K Aboagye, it states emphatically that “the KMA has noted with serious concern that some faceless people have been collecting money from some traders and individuals with the assurance that they will be given shops at phase II of the Kejetia  Redevelopment Project (Central Market) whiles the project is still under construction”.

Meanwhile, the KMA has noted that “no decision has been taken on the amount to be paid for the allocation of shops when the project is completed.”

Authorities have assured that at the appropriate time, “information relating to the allocation and payment for shops and modalities for payment would be made public”.

Individuals have been urged to report people who may try to extort monies from them under the pretext of securing shops on their behalf upon the completion of the Kejetia Redevelopment Project.

Find the Press Release from the KMA Below 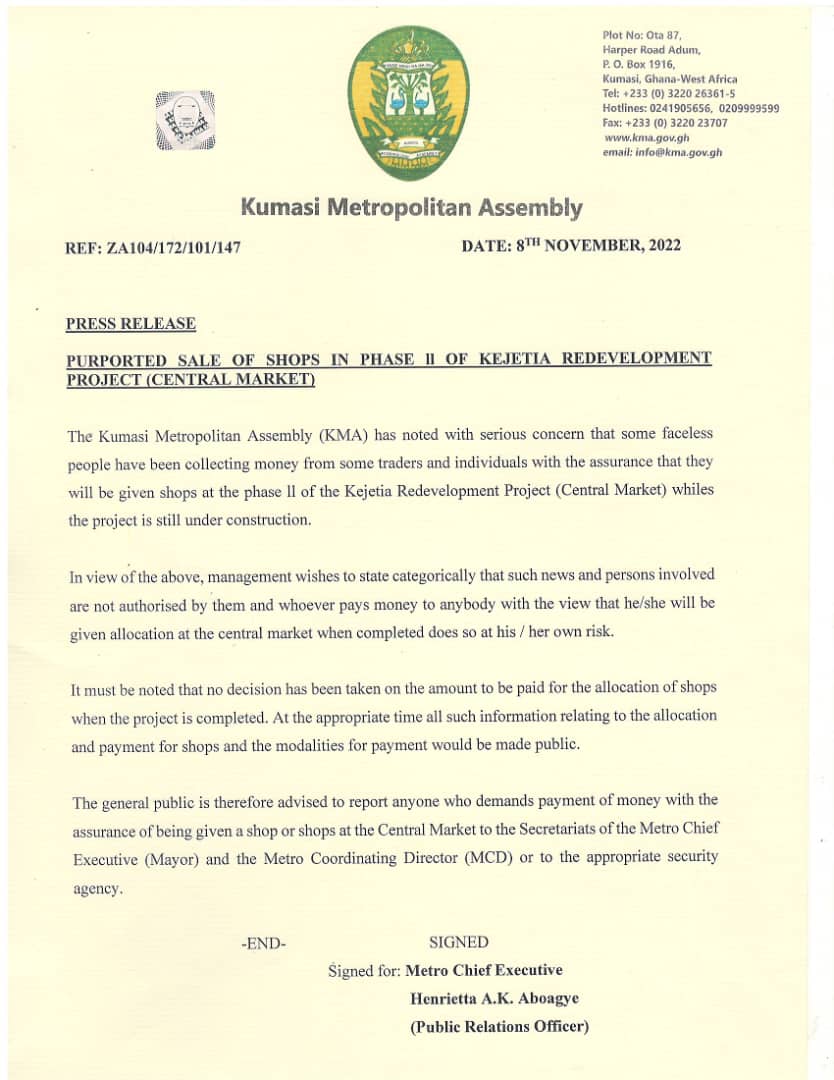