Asante Kotoko CEO Nana Yaw Amponsah has won his appeal against a decision banning him from all football-related activities in Ghana.

The Appeals Committee overturned the decision of the Disciplinary Committee to ban Nana Yaw Amponsah, a shareholder of Division One side Phar Rangers for the next five years following the club’s decision to withdraw from all GFA competitions without a just cause.

The ruling from the Appeals Committee indicated that shareholders of Phar Rangers are not recognized within the statutes of the Ghana FA and thus cannot be banned.

“We note from the Appeal record that the Disciplinary Committee has in addition to imposing sanctions on Phar Rangers as a club, also imposes sanctions on its Directors and shareholders on the basis of Article 13 (3), of the GFA Division One League Regulations.

The Appeals Committee stated that it does not see any reference to shareholders in the provision of Article 13 (3)  of the GFA Division One League Regulations thus Officials of the football club cannot be interpreted to include shareholders.

It mentioned that in applying Article 13 (3) of the regulations it is only the capacity of a Director that can be subject to sanctions.

The Appeals Committee has tasked the GFA to consider reviewing Article 13(5) at the earliest opportunity to promote fairness and also dismissed the sanction imposed on the Directors and shareholders of the club. 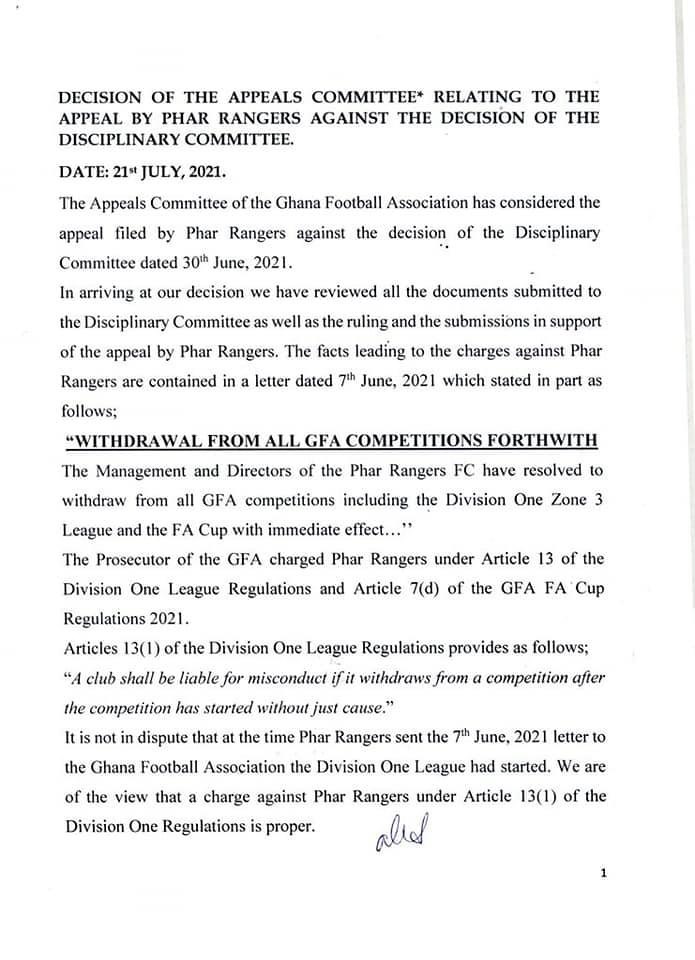 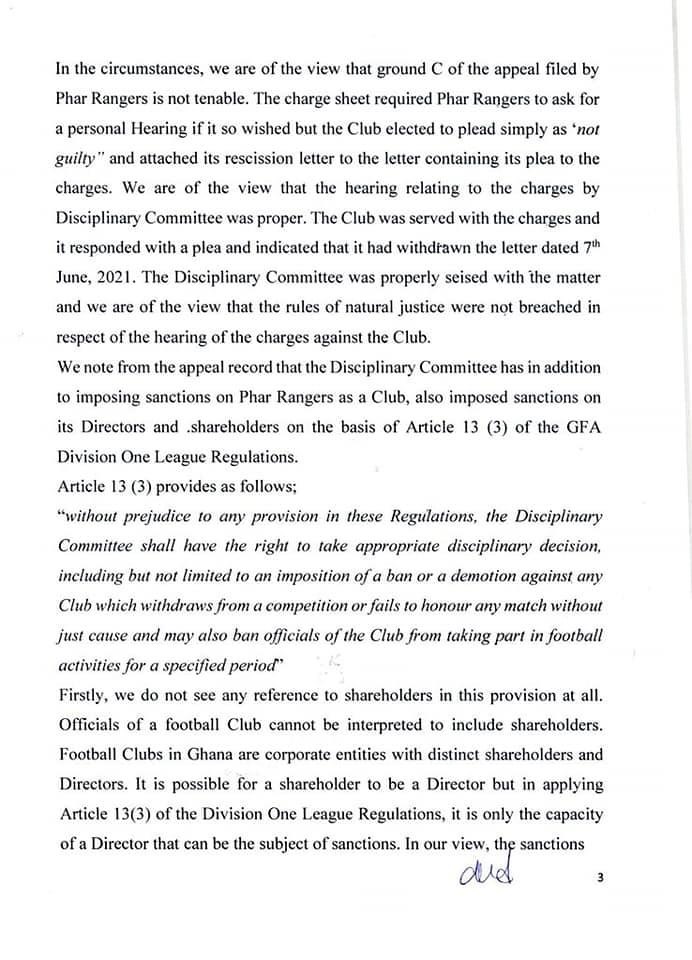 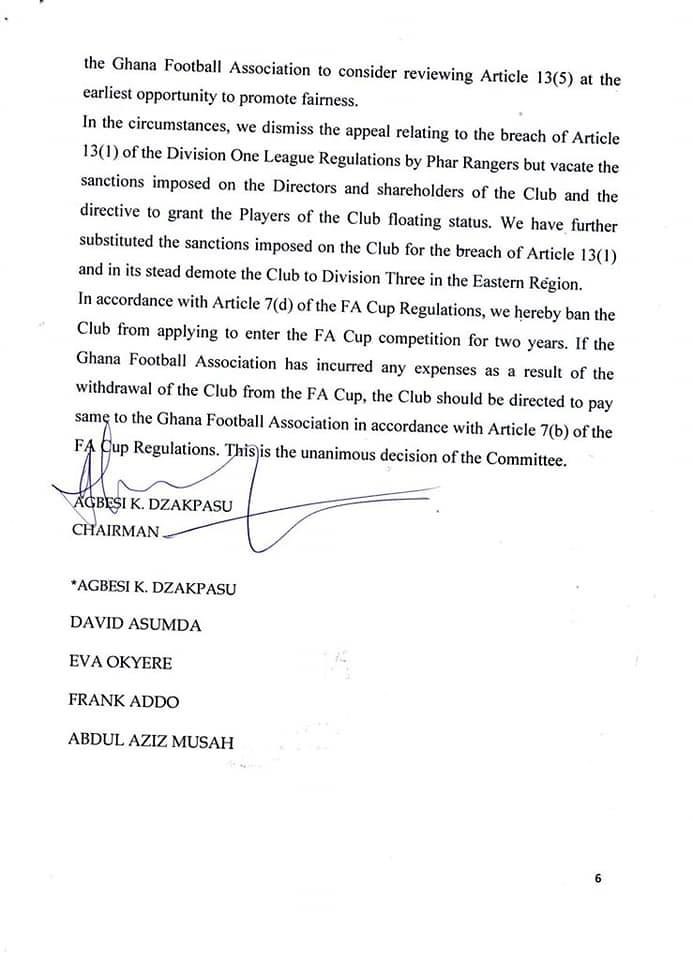