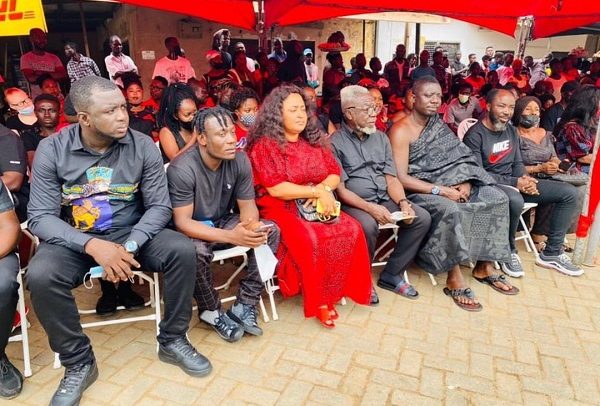 Late Kumawood actor, Agya Manu was laid to rest over the weekend.

Known in private life as Samuel Manu, the actor died on Tuesday, June 15, 2021, of an undisclosed ailment. He was 54.

Previous reports suggested that he was battling diabetes and pressure before he met his untimely death. 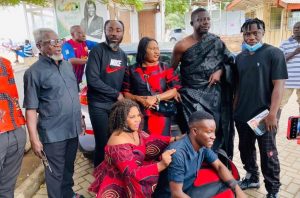 He was laid to rest on Saturday, August 21, 2021, after a funeral ceremony held at the Arts Centre in Accra.
The event saw many Kumawood actors and actresses coming through to pay their last respects to their colleagues.

Among them were Agya Koo, Kwadwo Nkansah ‘Lil Win’, Bill Asamoah, Christiana Awuni, Matilda Asare, Salinko, Akyere Bruwaa, and a host of others. 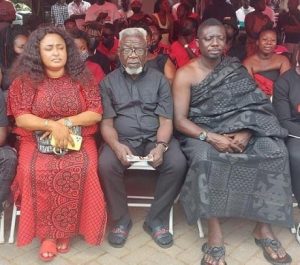 Agya Manu was a prominent actor well known for his talent in Kumawood and beyond.
He appeared in movies like “Bragoro”, “Di Asempa,” and “Ohia akwantuo”.