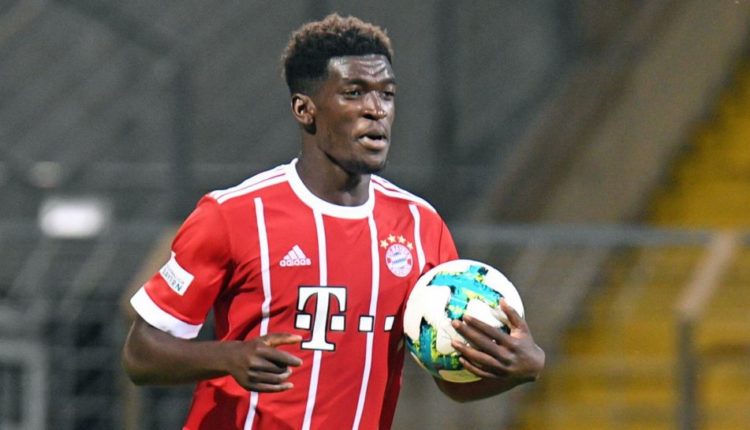 Ghana and Bayern Munich II forward Kwasi Okyere Wriedt has been named league player of the season in the German third-tier, after an outstanding performance.

Okyere Wriedt was adjudged the best player at the young Bavarians after beating off competition from Florian Pick and Deniz Undav.

The 25-year-old won the prestigious award with 42% of the votes ahead of Kaiserslautern’s Florian Pick (36%) and SV Meppen’s Deniz Undav (22%).

“That is a great honor for me. I’d like to thank my teammates, the staff, and the entire club. I hope that we now can bring the season to a positive conclusion.” Okyere Wriedt said after winning the accolade.

He has scored 24 goals in his 32 appearances for Bayern Munich II. He also featured for the Bayern Munich senior team against Broussia Monchenglabach this season.

He will be leaving Bayern Munich after the end of the season to continue his career with Dutch Eredivisie club Williem II.

Okyere was handed a call-up to the Black Stars of Ghana under Coach Kwesi Appiah.