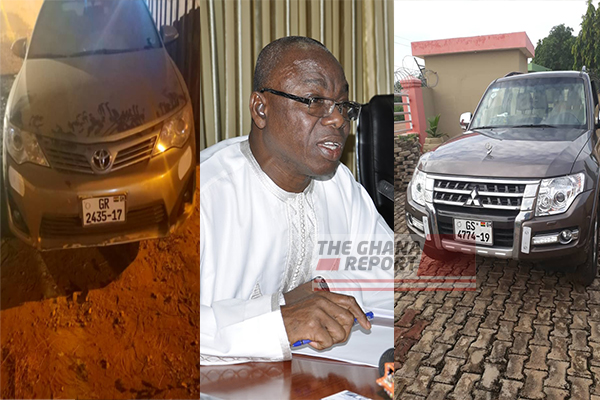 Barely two weeks after the burial of one of Ghana’s foremost anti-corruption campaigners, Daniel Batidam, his family members are yet to meet and take stock of his assets and liabilities. But before they do that, there is already a fierce challenge, which the family say has left them traumatized.

On Wednesday night, six-armed policemen and two civilians raided the late Batidam’s house to seize cars, a Toyota Camry and a Mitsubishi Pajero, which they claimed belonged to the state.

They were led by one Kwabena Ahinkra, who said he was working under instructions from Captain Koda, the Chief Security at the Presidency.

The one who had the keys to the room in which the keys of vehicles were, was not present at the time; but they would not wait until she came. The family member who spoke to theghanareport.com said the handbrake of the Camry was not on, so they forcefully towed the Toyota Camry to the Adenta Police Station.

They also made one of the family members of the late Daniel Batidam write a statement.

Today (Friday, February 21, 2020), the family are expected to send the Pajero to the Adenta Police Station, where the seized Camry is currently parked. The family say they are traumatised by the action of the state, but they will comply.

“We are highly traumatised that barely two weeks after his burial, our Daniel is being accused of stealing state property. Someone is out to give him a bad name in his death. Why now and not when he was alive?” a family spokesperson told theghanareport.com

According to the family, neither of the vehicles belongs to the state. The late Batidam served as a Presidential Advisor on Corruption and Governance under the John Mahama administration. When they were leaving office, they were given the option to buy their official saloon cars they were using. 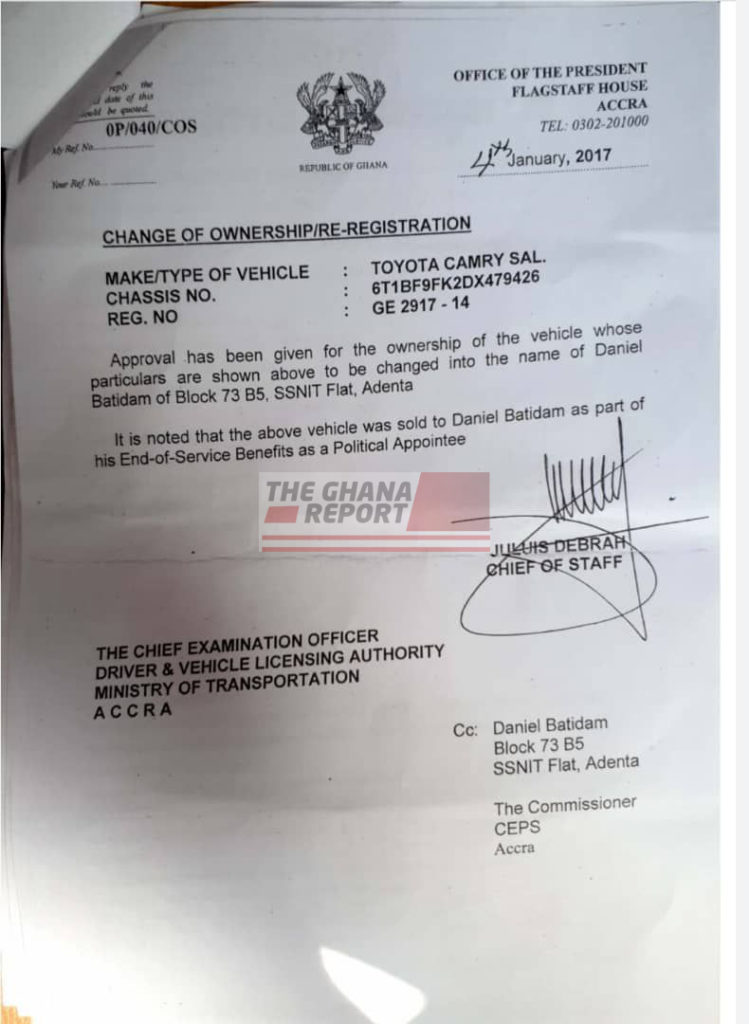 Documents on the Toyota Camry sighted by theghanareport.com indicate that the Camry was valued at the STC, and the late Batidam paid for it before the ownership was transferred to his name.

The used Toyota Camry was valued at 25,000 cedis and he paid. In addition, he paid a duty of 12,000 cedis before the ownership of the vehicle was transferred to him. 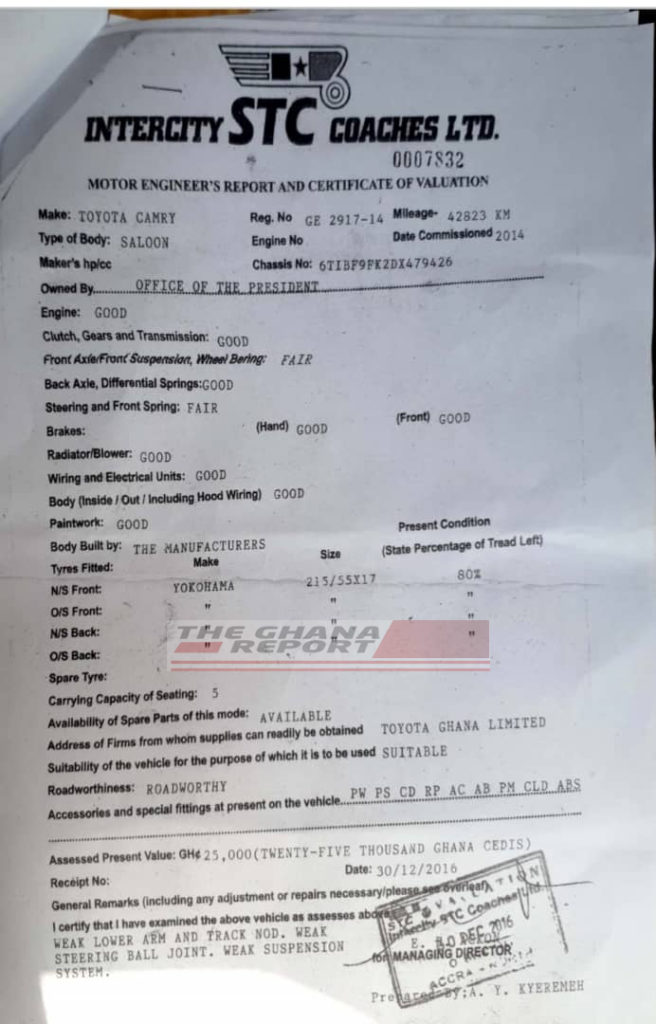 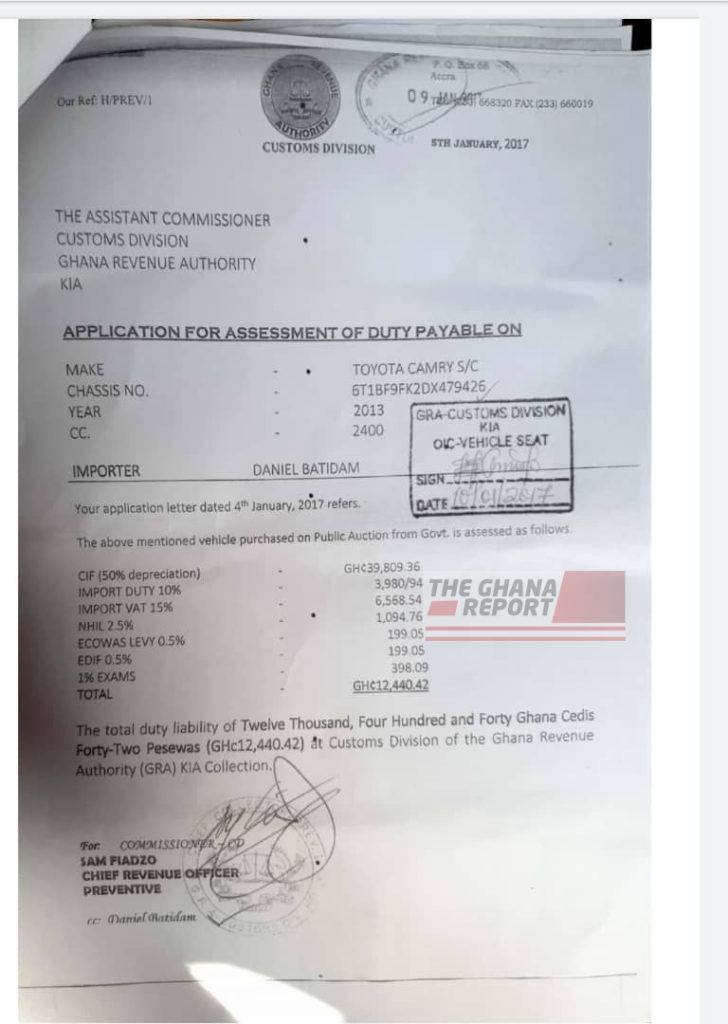 Batidam bought the Mitsubishi Pajero from Malin Investment Company Limited in September 2019, nearly three years after leaving office. There are documents showing when the company imported the vehicle, the duties they paid and the transactions between the company and the late anti-corruption fighter. 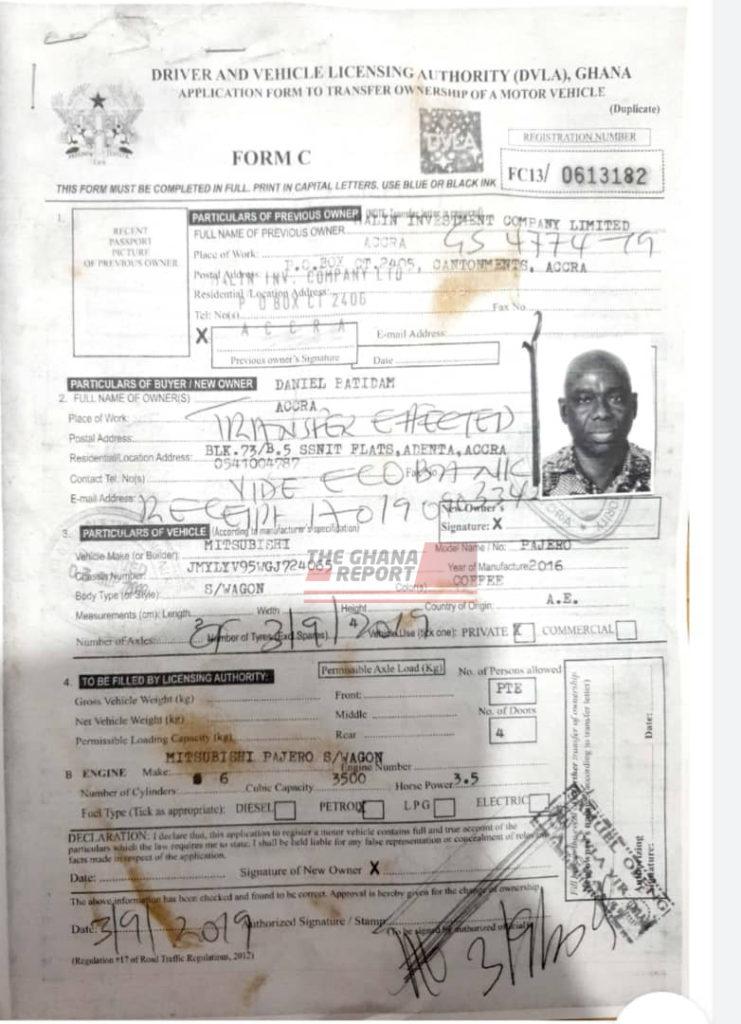 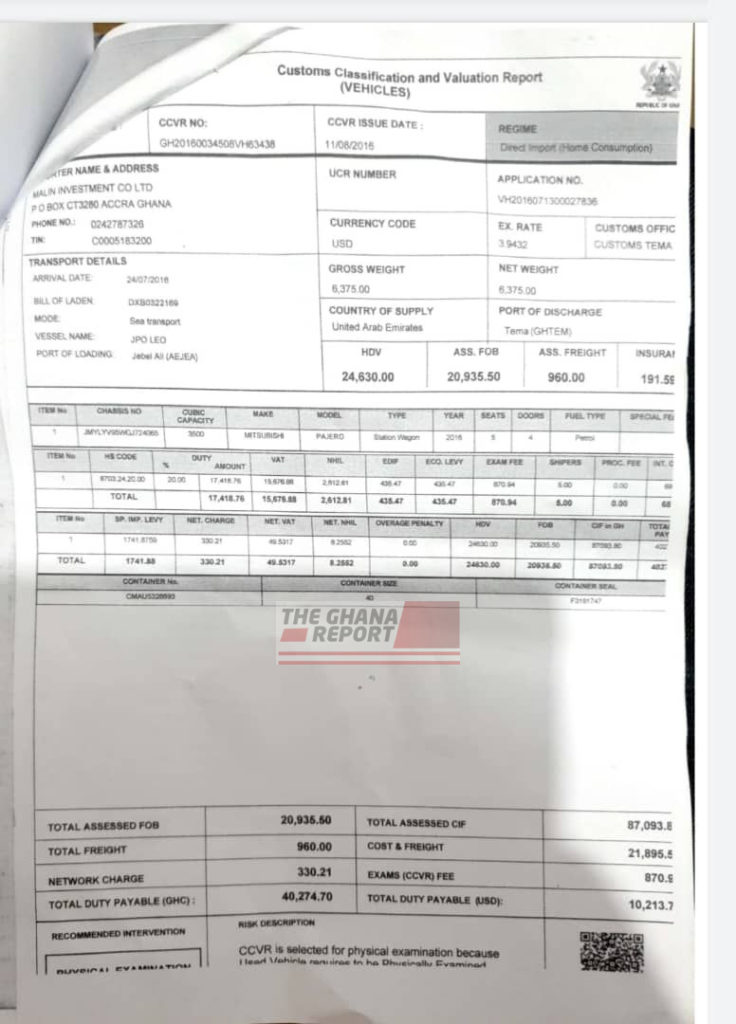 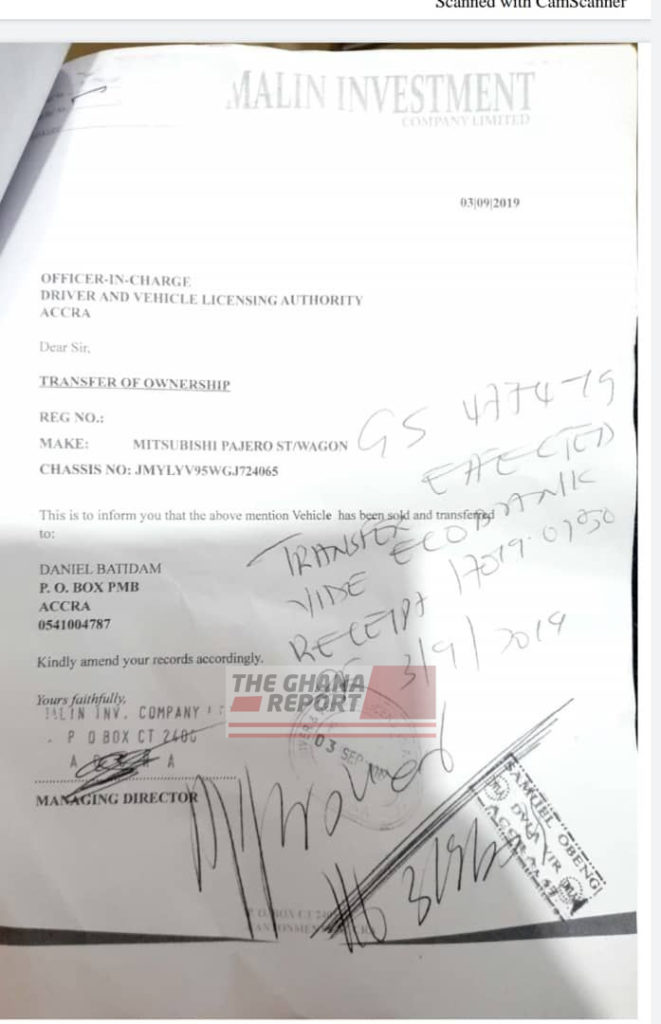 Daniel Batidam, a former Executive Director at the Ghana Integrity Initiative (GII), died on Wednesday, January 1, 2020, at Mampong in the Eastern Region.

Mr Batidam also served as representative for Ghana on the AU Advisory Board on Corruption, a positioned he resigned from subsequently, citing deep-seated corruption, lack of accountability among others at the secretariat at the AU Commission.

NO PART OF THIS PUBLICATION MAY BE REPRODUCED WITHOUT THE PERMISSION OF THE EDITOR, EDWIN APPIAH. HE MAY BE REACHED ON 0266731420.