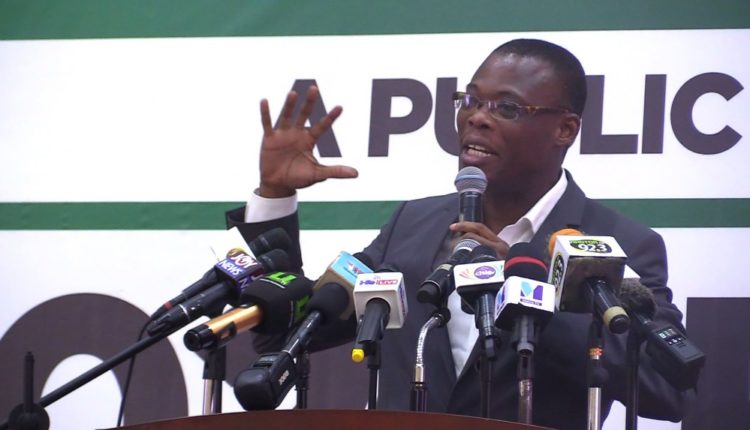 According to him, it is a mark of irresponsibility for any sitting government to continue blaming the previous administration for an economy they are reaping from.

Speaking at the 2020 budget forum on Wednesday at the Academy of Arts and Sciences in Accra, Kwetey observed that  the platform on which every economy is built is trustworthiness.

“Once there’s trust every economy will grow but once the economy is broken every facet will be shattered. If you want to build an ignition which is strong then it must be built on a solid rock of trustworthiness, of truth. ”

“Our friends who are in office today are trying hard to build a nation that is supposed to be great and strong but they are actually building it on a platform of deception,” he said to applause from the audience.

Sounding sarcastic, the for Deputy Finance Minister in the Mills administration, asked “Why would you lie about inheriting a messed up economy.”

He further stressed on the fact that no government in the fourth republic has inherited a solid and economic legacy as the government of Nana Akufo-Addo.

Kwetey, who became Minister of Food and Agriculture in the Mahama government,  argues that the current government has had benefited from  the most solid legacy in Ghana’s history.

Outlining some of the legacy the Mahama led administration handed over to President Akufo-Addo, the MP said among other things, the NDC handed over two major oil fields, enough power to use and sell to neighbouring countries, resolved legacy debts that has accumulated over the years, balance of payments surplus and strong institutions like the Ghana Ports and Habour Authority.