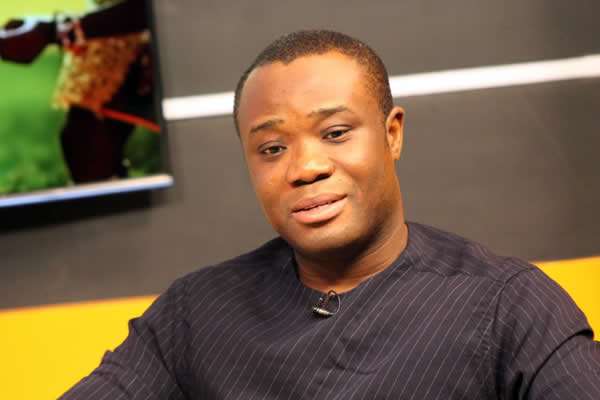 An NDC parliamentary candidate, Felix Kwakye Ofosu, has criticised the selection of widow of the murdered Mfantseman NPP MP as replacement for the 2020 polls.

The NDC candidate for Abora Asebu Kwamankese in the Central region said the decision was ‘fundamentally undemocratic’, pointing out that a seat in parliament is not monarchical.

Ophelia Hayford, an Assistant Superintendent of Police has reportedly resigned from the service ahead of an expected announcement by the party confirming her as the NPP candidate.

Ekow Quansah Hayford was killed by suspected armed robbers last Friday while returning from a campaign at Abeaze Dominase.

He is survived by a wife and two children. Some party supporters backing the selection of Ophelia Hayford, say, the widow shares similar traits to her late husband.

Ahead of her confirmation, Felix Kwakye Ofosu, a panelist on Accra-based Asempa FM, said “in spite of the tragedy, we can still have a fair process.”

Despite parliamentary elections barely two months away, the NDC candidate for Abora Asebu Kwamankese argued it is still possible to organise party primaries.

He said the party could organise primaries within the next 10 days.

Kwakye Ofosu said the NPP ought to learn from the NDC’s past mistakes. He said the NDC previously handpicked candidates.

But in 2000, this method of political selection contributed to the party’s defeat and ushered in the first-ever NPP government.

“It created problem for us” he said and pointed to the formation of a breakaway party, the Reform Party led by Goosie Tannoh, a politician who nursed ambitions to be successor to then president Rawlings.

Since those days, the party has learned to embrace internal competition, he said and pointed to the decision of the party to re-open internal contest after Desmond William Ocloo, the NDC candidate for Shai Osudoku died in a tragic accident in March 2016.

In that NDC primary, the widow, Linda Obenewaa Akweley Ocloo won the ticket despite having no political experience.

The professional teacher polled 5,156 votes against 3,372 by Dr Kpessah  Whyte, a government appointee who had contested against her husband in the previous primary.

He wondered why the NPP would not do same as it did in the case of the Ayawaso West Wuogon constituency in the Greater Accra region.

Following the death of NPP MP for Ayawaso West Wuogon constituency in the Greater Accra region, Emmanuel Kyeremanteng Agyarko in November 2018, one of his wives, Lydia Alhassan was elected as the successor.

The widow won the primaries by a landslide, secured 441 votes to beat four other contenders.

Felix Kwakye Ofosu said handpicking candidates tends to throttle the ambitions of others which leads to discontent and also apathy.

‘They may sit on the fence during the main elections’ the former deputy Communications Minister said.

He said the party is behind time as the polls is about 56 days away. He said a contest would mean aspirants canvassing for votes in more than 200 communities in the Mfantseman constituency.