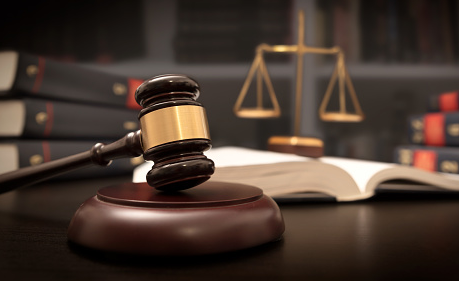 It is the form and content of our constitutional dispensation which hinders our progress and is making it possible for duty bearers to manipulate the system to their interest and subtly opine that that is what the statute prescribes.

It is the architecture of the legal regime which has created an endemic and bad administrative and procedural system in the country; and that is our bane.

The system in its current form and framework lends itself to manipulative acceptable legal and procedural practices in the country.

The developmental challenges by and large have been the same over the years because they are facilitated by the same legal and administrative systems.

And how does the system set-up, facilitate these developmental challenges? The present system of governance preaches separation of powers, while at the same time permitting the appointment of at least 50 per cent of the executive from the legislature.

It allows for open-ended appointments into the judiciary and the seat of government. The system permits subjective discretionary tax waivers within our revenue mobilisation space, which is applied for personal and group interest apparently as the norm, instead of the exception.

The system further permits for the creation of any number of regions and municipalities and districts by the political class.

In addition, our governance structure and operational machinery has allowed for the arms of government to mutually agree to determine and approve their own compensation packages.

The Constitution itself further makes room for sweeping excessive executive powers to the extent that the political class can appoint numerous personal and special assistants and advisors at all levels of the political pyramid.

These, among others, portray our constitutional burden as a nation. It is simply the legal text and architecture that has created this inherently manipulative environment in the country.

It appears that the system has been fashioned to facilitate personal and group capture of governance and administrative levers in the country; and has also created an apparent situation whereby duty bearers, who are beneficiaries of the system, are the same people to decide whether or not changes should be made to the constitutional order.

We have an environment where citizens worship elected officers instead of elected officers listening to citizens and doing what is right. It appears that the Constitution was crafted in a form of hegemony to benefit and shield a particular segment.

A problematic legally structured system cannot be rectified without re-ordering it. The re-shaping must begin with correcting the said problematic legal framework underpinning the unsatisfactory system.

It is thus imperative that something is done about it to prevent this continuous quagmire. There have been countless opinions and calls for constitutional reforms to remedy the current problematic system over the years.

It even culminated into a Constitutional Review Commission, the report of which has fallen on the blind side of governments. There appears to be a very compelling necessity and basis now than ever for statute and structural reviews and reforms in the country and leadership must just do the needful.

And let it not be that the duty bearers have developed cold feet towards this obvious necessity and numerous calls from the governed for constitutional reforms because of their collective gain and interests per the present legal and administrative architecture in the country.

The writer is with the Registrar’s Department, KNUST, Kumasi.
E-mail: akuufare.reg@knust.edu.gh

Oh, No, Mahama, Spare The Judiciary