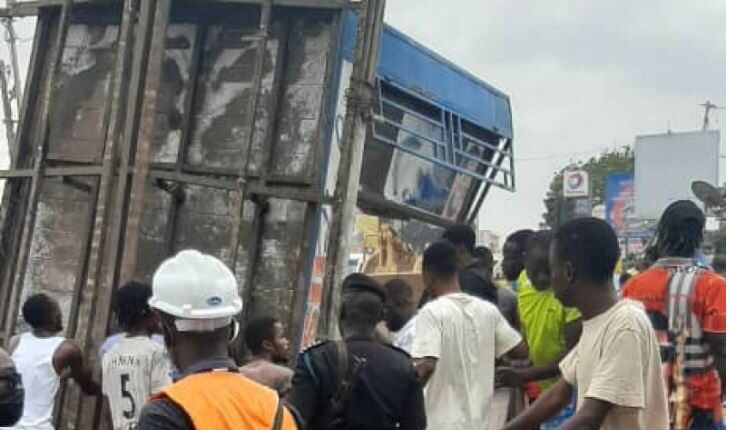 The Ledzokuku Municipal Assembly (LEKMA) has carried out a demolition exercise along the main Teshie road to make way for the Accra-Tema Beach Road Expansion Project.

The structures, most of which served as shops and containers were brought down with support from the municipal task force.

While some structures were completely destroyed in the exercise, others were partially demolished depending on their proximity to the shoulders of the road.

Mr Mordecai Quarshie said adequate notice was given to the affected people before the exercise was carried out.

He said apart from the eviction markings on the structures, the assembly also engaged the people and advised them on the need to leave the shoulders of the road to make way for the project.

Mr Quarshie said some others had been given time to pack their things and were hopeful that they would cooperate with the assembly.

In August 2020, the Vice-President, Dr Mahamudu Bawumia, cut the sod for the reconstruction of the Accra-Tema Beach Road.

The 26.6-km project, which is estimated at $100 million, is being undertaken in two phases by two contractors, including Gansu International Corporation.

The first lot of 16 kilometres begins from the Independence Arch of the Black Star Square to Nungua, while the second lot of 10.6 kilometres continues from Nungua to Tema Community Three.