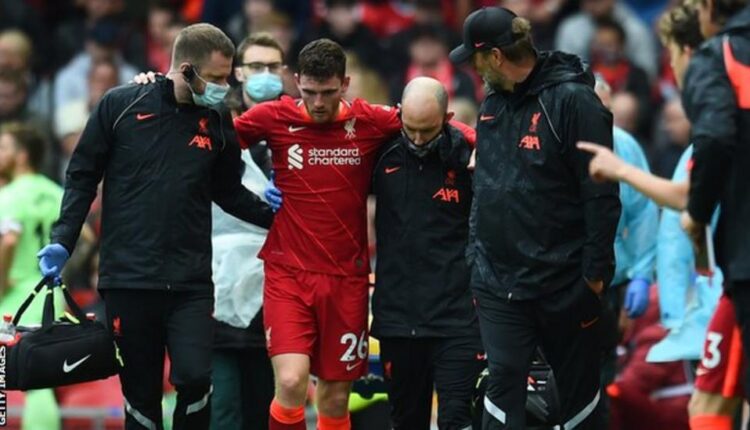 The Scotland left-back, 27, was helped off during Liverpool’s 1-1 friendly draw with Athletic Bilbao on Sunday after going over on his right ankle shortly before half-time.

Robertson left hospital on crutches and in a protective boot on Monday.

“Scan suggests nothing too major but there’s some ligament damage which will need to mend,” he said on Twitter.

“I will be grafting every day so I can help the team again sooner rather than later.”

Liverpool have yet to confirm the extent of the damage and recovery time.

Jurgen Klopp’s side open their league campaign on Saturday at Norwich City and then face Burnley, Chelsea and Leeds United.

“I think we got lucky with Andy, it could have been much worse,” he said.