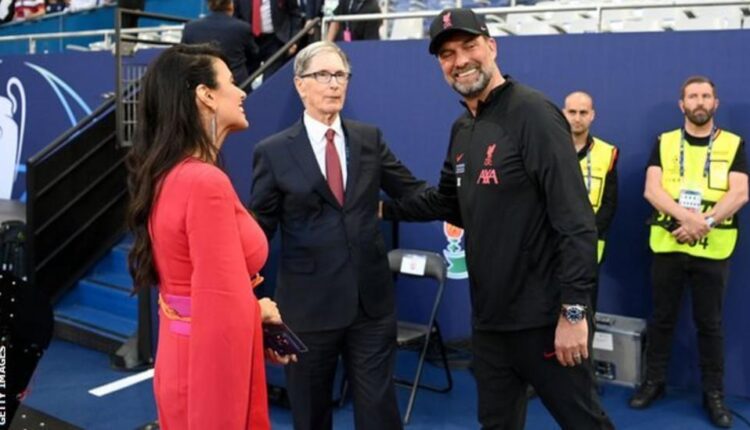 Liverpool’s owners say they “would consider new shareholders” following reports that the club are up for sale.

The Athletic reported that Fenway Sports Group (FSG), which bought Liverpool in 2010, is “inviting offers”.

FSG said it “remains fully committed to the success of Liverpool, both on and off the pitch”.

They have reached the last 16 of the Champions League, where they will face Real Madrid in a repeat of last year’s final.

An FSG statement read: “There have been a number of recent changes of ownership and rumors of changes in ownership at Premier League clubs and inevitably we are asked regularly about Fenway Sports Group’s ownership in Liverpool.

“FSG has frequently received expressions of interest from third parties seeking to become shareholders in Liverpool.

“FSG has said before that under the right terms and conditions we would consider new shareholders if it was in the best interests of Liverpool as a club.”

Liverpool supporters’ union, Spirit of Shankly, said it hoped fans would be consulted in any talks involving new owners of the club.

“We have seen reports today that FSG have put Liverpool FC up for sale,” it said in a statement.

“Spirit of Shankly have written to LFC for clarification and will await a reply before making comment. We do, however, expect both the Supporters Board and SOS to be engaged in some part of the process so that supporters are front and centre of any sale and the first thoughts of prospective owners.

“We will keep you updated.”

Basketball star LeBron James has been a part-owner of Liverpool since 2011 and has a 2% stake which cost him £4.7m.

He has since become a minor partner in FSG, which also owns baseball side Boston Red Sox.

In March RedBird Capital Partners, a private investment firm, bought a stake in FSG for about $735m (£533m).

Liverpool’s principal owner John W Henry apologized to the fans in April 2021 after the club backed out of a proposed European Super League.

“From time to time I would be ready to risk a bit more but I don’t decide that and that’s fine,” manager Jurgen Klopp said in August.