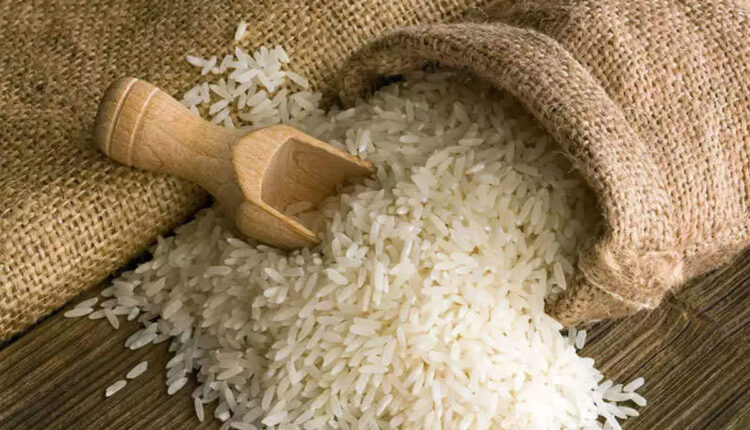 The Peasant Farmers Association of Ghana (PFAG) has expressed worry over the influx of highly subsidised cheap imported rice on the market, calling on the government to increase taxes on foreign rice and implement a quota system to control the high volumes of imports to make locally produced rice competitive in price.

A bag of 50kg foreign rice on the Ghanaian market currently sells for an average price of GH¢350, with some brands going as high as GH¢380. Meanwhile, most local rice brands of similar size go for GH¢400 and in some cases GH¢430.

But the Head of Programmes and Advocacy for PFAG, Dr Charles Nyaaba, argued that most foreign rice which are dumped on the market are highly subsidised by the exporting country, thereby making it cheaper for Ghanaian consumers to purchase to the detriment of local brands which are considered expensive.

“We have instances where local producers buy these imported rice and re-bag them in local branded sacks and sell to school feeding caterers – not because of quality of these foreign brands but because of the low prices,” Dr. Nyaaba alleged.

He said the only option for government to make local rice competitive is increasing taxes on imported brands to create a price match – and also institute and implement a quota system to control imports.

Domestic production of local rice currently stands at 30 percent, with foreign brands constituting 70 percent of the grain on the market. Ghana’s annual rice imports have reached a staggering US$700million – with the commodity, according to the Ministry of Trade and Industry, constituting almost 80 percent of all imports into the country.

Government has said it is ready to ban imports of rice by the year 2024; a move considered to be ruthless.

Dr. Nyaaba however told the B&FT that local producers can meet the country’s consumption demands if government imposes the ban. “We expect to see investment decisions that will reflect in the choice to ban rice imports by 2024. If we don’t see any investment decision to increase production, to reducing post-harvest losses to ensure that quality rice is produced, farmers may not supply enough for domestic consumption,” he said.

Investment in the agriculture sector, according to PFAG, must cut across inputs, irrigation and marketing to make farmers fully harness the sector’s fortunes to reflect the quality of rice that is produced. PFAG maintains that government can also intervene by connecting local farmers with financial institutions in order to access loans at moderate interest rates and scale up production.