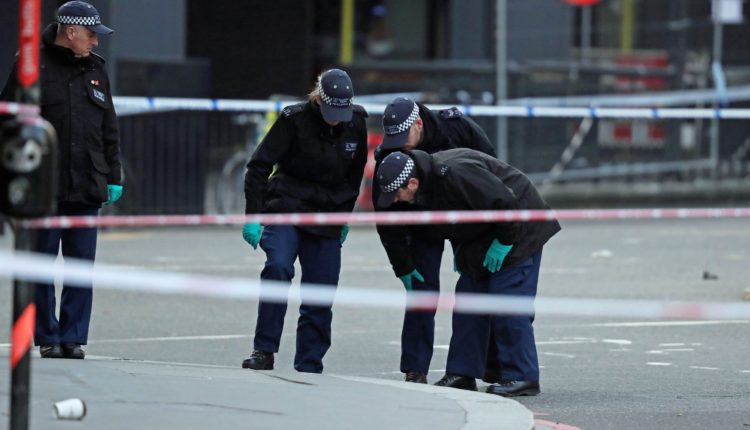 An urgent review of the licence conditions of terrorists freed from prison has been launched by the Ministry of Justice following Friday’s London Bridge attack.

Two people were killed and three were injured by Usman Khan, 28, a convicted terrorist who served half of his time.

But Labour leader Jeremy Corbyn will blame budget cuts for “missed chances to intervene” in a speech on Sunday.

As many as 70 convicted terrorists released from prison could be the focus of the government review.

Khan, 28, who was shot by police on Friday after carrying out the attack, was jailed over a plot to bomb the London Stock Exchange in 2012.

He was sentenced to indeterminate detention for “public protection” with a minimum jail term of eight years.

This sentence would have allowed him to be kept in prison beyond the minimum term.

But in 2013, the Court of Appeal quashed the sentence, replacing it with a 16-year-fixed term of which Khan should serve half in prison. He was released on licence in December 2018 – subject to an “extensive list of licence conditions”, Met Police Assistant Commissioner Neil Basu said.

“To the best of my knowledge, he was complying with those conditions,” he added.

As part of his release conditions, Khan was obliged to take part in the government’s desistance and disengagement programme, which aims to rehabilitate people who have been involved in terrorism.

Khan was living in Stafford and wearing a GPS police tag when he launched his attack inside Fishmongers’ Hall, where he was attending a conference hosted by Learning Together, a prisoners’ rehabilitation programme.

The attack then continued onto London Bridge itself.

Khan had taken part in the Learning Together scheme while in prison and was one of dozens of people – including students and offenders – at the event.

He appeared as a “case study” in a report by the initiative. Identified only as “Usman”, Khan was said to have given a speech at a fundraising dinner after being released from prison.

He was also given a “secure” laptop that complied with his licence conditions, to allow him to continue the writing and studying he began while in jail.

Khan contributed a poem to a separate brochure, in which he expressed gratitude for the laptop, adding: “I cannot send enough thanks to the entire Learning Together team and all those who continue to support this wonderful community.”

Jack Merritt, a course coordinator for Learning Together from Cambridge, was one of two people fatally stabbed on Friday.

A woman who also died has not yet been named.

Mr Basu said officers had been working “flat out” to try to establish the “full circumstances” of the stabbing.

On a visit to the attack site, the prime minister said the practice of cutting jail sentences in half and letting violent offenders out early “simply isn’t working”.

Mr Johnson vowed to “toughen up sentences” if the Conservatives win the general election on 12 December.

“If you are convicted of a serious terrorist offence, there should be a mandatory minimum sentence of 14 years – and some should never be released,” he said.

“Further, for all terrorism and extremist offences, the sentence announced by the judge must be the time actually served – these criminals must serve every day of their sentence, with no exceptions.”

In a speech in York on Sunday, Labour leader Jeremy Corbyn is expected to say that budget cuts over the past ten years have left “gaps” that can result in “missed chances to intervene in the lives of people who go on to commit inexcusable acts”.

He will also say that, under a Labour government, police will be able to use “whatever force is necessary” to protect and save lives.

“If police believe an attacker is wearing a suicide vest and innocent lives are at risk, then it is right they are able to use lethal force,” he will say.