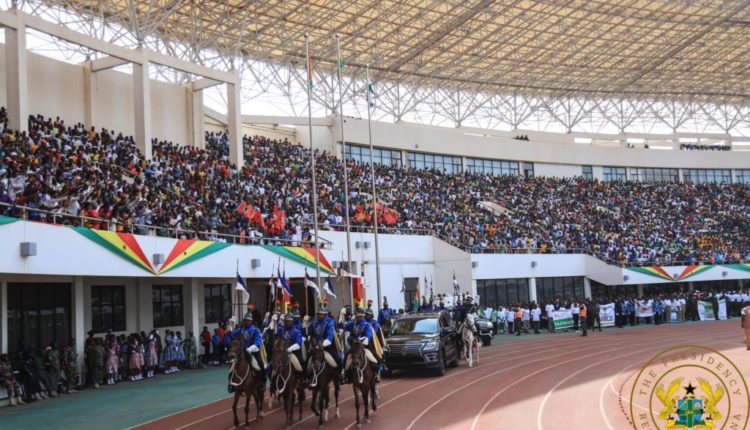 Major roads in the Ashanti regional capital, Kumasi, are to be closed down, as Ghana commemorates its 63rd Independence day anniversary.

The Ashanti Regional Police Command will on Friday temporarily close some public roads in the region.

The Public Relations Officer, Assistant Superintendent of Police, Godwin Ahianyo, made this known in a statement available to theghanareport.com.

Mr Ahianyo explained that the measure was part of the security arrangements for the anniversary parade slated for Friday at the Baba Yara Sports Stadium.

Giving details of the affected roads, Mr Ahianyo said that the Afful Nkwanta, Asokwa mall traffic lights stadium and the road between the Unity oil station and the T.I Ahmadiya Senior High School.

He added that the road from “It’s My Kitchen Restaurant to Briginia would also be closed to the general motoring public, except for those with accreditation to enter the Heroes Park and the Hockey Pitch.”

Meanwhile, the Command has advised motorists to plan alternative routes before embarking on their journeys, warning that “vehicles parked at unauthorized places and wrongly parked will be towed by the Towing Services, and the owners of such vehicles surcharged”.

It also assured that Motor Transport and Traffic Directorate (MTTD) officers would be deployed to the various designated car parks to assist motorists to park their vehicles and also direct motorists to diverted roads.

These roads will, however, be re-opened after the event.

This is the second time the independence anniversary is being held outside Accra.

In 2019, the anniversary was held in the Northern regional capital, Tamale, specifically at the Aliu Mahama Sports Stadium.

Meanwhile, the Information Ministry has announced that the Prime Minister of Trinidad and Tobago, Dr Keith Christopher Rowley, would be the special guest of Honour on Friday. 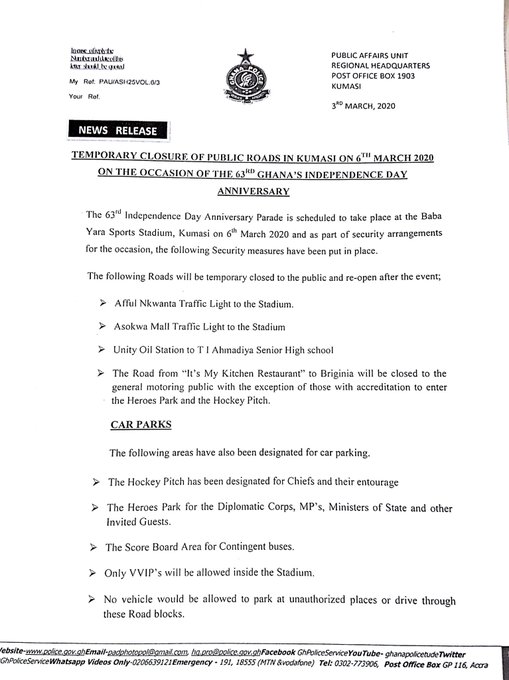 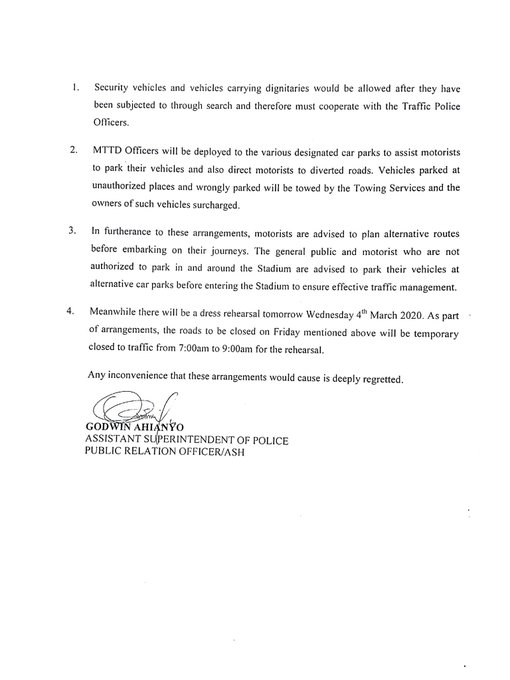