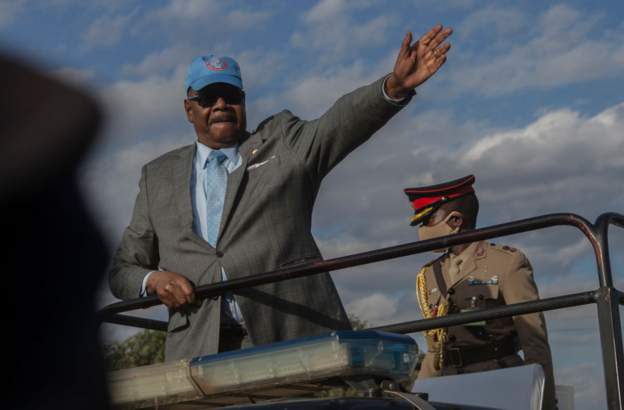 The High Court in Malawi has refused to allow former President Peter Mutharika access to his bank accounts which were frozen by the country’s anti-corruption body pending trial.

Mr Mutharika’s bank accounts, as well as those of his wife, Gertrude, were frozen last August by the Anti-Corruption Bureau (ACB) which accuses him of benefiting from a $6.6m (£4.2m) cement scandal.

The former president denies wrongdoing and has applied to the High Court to allow him access his accounts to, among other things, pay for his legal fees in the case.

The court dismissed his application on a technicality after it transpired that the day on which the application was made, 25 November 2020, the court order he was challenging was not valid.

Judge Rowland Mvundula said the former president had made an application at a time when he was actually able to access his bank accounts.

However, the ACB has managed to obtain an extension to the original court order, which means the former president remains restrained from accessing his bank accounts.