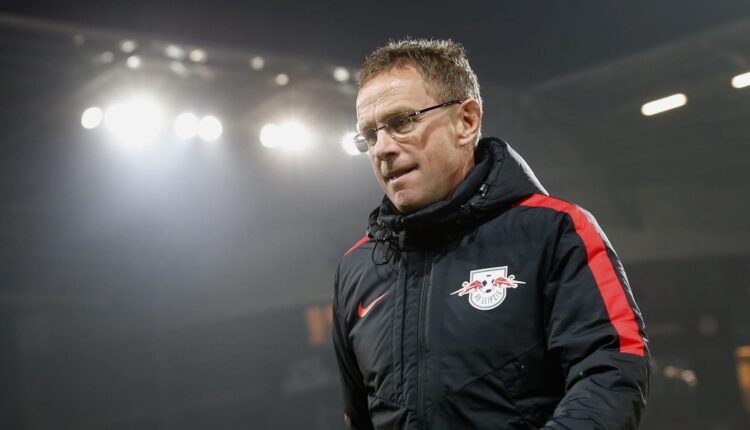 Ralf Rangnick has been officially confirmed as the new interim manager of Manchester United.

His initial deal lasts until the end of the current season, with the 63-year-old then set to take on a two-year consultancy role with the club – who have long been criticised for their lack of real football expertise behind the scenes.

This has manifested on the pitch in recent years, but the move for Rangnick following the sacking of Ole Gunnar Solskjaer last weekend seems to signal a shift in strategy.

Michael Carrick will remain in charge temporarily until Rangnick’s work visa is finalised. Carrick has enjoyed two games in charge as caretaker, leading United to an important 2-0 Champions League win over Villarreal and a spirited draw with Chelsea.

Rangnick is expected to be involved in the recruitment process for the next manager, with Mauricio Pochettino understood by 90min to still be the main target as it stands, but he comes in with a solid reputation for revolutionising football clubs. His work with Red Bull, at Leipzig and Salzburg, as well as Hoffenheim before that is evidence.

The German has left his role as Head of Sports and Development at Lokomotiv Moscow to take the job with United.

Confirming the news, United’s statement said: “Manchester United is delighted to announce the appointment of Ralf Rangnick as interim manager until the end of the season, subject to work visa requirements.

“Following this period, Ralf and the club have agreed that he will continue in a consultancy role for a further two years.”

Rangnick said: “I am excited to be joining Manchester United and focused on making this a successful season for the club.

“The squad is full of talent and has a great balance of youth and experience. All my efforts for the next six months will be on helping these players fulfil their potential, both individually and, most importantly, as a team.

“Beyond that, I look forward to supporting the club’s longer-term goals on a consultancy basis.”