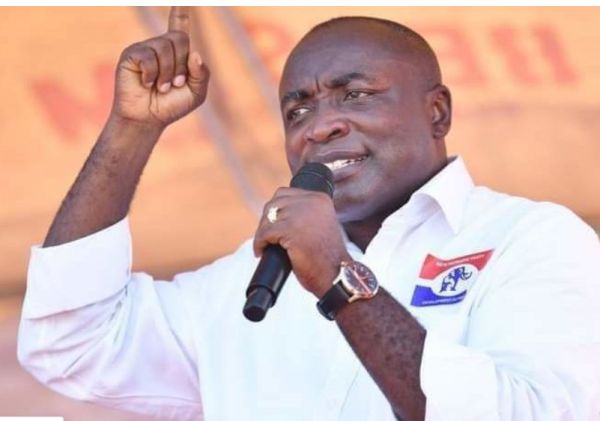 On 30 June 1982, three justices of the High Court and a retired army officer were kidnapped and killed.

“Yesterday brought a flood of memories. It happened on a Wednesday, 30 June 1982. I was sitting by my father at the table where he was eating, and I was writing something. Suddenly, someone came to say Justice Koranteng Addo, who at the time lived around  Cantonment, was sick, so they needed my dad,” Mr Agyapong narrated.

Wondering why Justice Koranteng, who lived around Cantonment, was brought all the way to Ridge, Mr Agyapong said his father, “wearing white shorts, left the food and followed the soldiers out. The next day, aunty Yvonne Sarkodie, Justice Opoku Sarkodie’s wife, came to tell us some people had come for her husband the last night, so I went upstairs to check my father’s room only to find his absence. I informed my mum, and we both walked to the dining table, and the food was there just as how my dad had left it. So, we went to see Justice Apau, and that was how we got to know about the case, and that was the most horrific day in my life”.

“Three days later, which was a Sunday, I went to watch football and, on my way back, I saw people running to our house and people beaconing on me to hurry up only to see that people had come to console my mum. It was a big shock to me,” the former General Secretary of the New Patriotic Party recounted on Peace FM in an interview monitored by theghanareport.com.

The four were murdered at the Bundase Military Range in Accra Plains.

The then-Provisional National Defence Council (PNDC), which was led by Mr. Jerry John Rawlings, labelled the four as “enemies of the revolution.”

According to Roger Gocking’s History of Ghana, the judges overturned decisions made by the People’s Revolutionary Courts of the Armed Forces Revolutionary Council (AFRC). It turned out that all three judges were present, reviewing cases that displeased citizens had submitted to them regarding the treatment they received from the AFRC junta led by Mr. Rawlings following the June 4th coup.

As for Major Sam Acquah, his crime was that he had signed letters that led to the dismissal of some agitating workers, including a PNDC member Joachim Amartey Kwei. These members were dismissed after invading and destroying property at Ghana’s Parliament house.

Soldiers Lance Corporal Amedeka, Tony Tekpor, and Dzandu had executed their captives at the Bundase military firing range. A gallon of gasoline was carried by the murderers, who used it to set the bodies on fire in order to hide their crime.

However, historical accounts have noted that it rained that evening, preventing the murderers’ desired burning of the bodies.

Ever since the incident, the nation has not had closure on the turn of events on this particular day. Several people have accused the late former president Jerry John Rawlings of being the mastermind behind these murders. Prior to these accusations, Jerry John Rawlings had come on national television to denounce what he described as “hideous crimes of terrorism”, after the bodies of the judges were discovered.

Following a public outcry, the PNDC set up the Special Investigation Board (SIB) headed by former Chief Justice Mr. Justice Azu Crabbe to unravel the mystery.

In their report, the SIB established that the abduction and murder were a plot hatched with the connivance of members of the PNDC. The SIB also found that the entire plot was masterminded by Capt. Kojo Tsikata, PNDC member in charge of National Security. However, the PNDC rejected that particular aspect of the report and let Capt. Tsikata and four others are off the hook for lack of evidence.

The remaining four of the nine suspects were jailed. When on 19 June 1983, there was a jailbreak at the Nsawam Medium Prisons and the Ussher Fort Prisons, L/Cpl Amedeka escaped from captivity and has since not been seen. But his three accomplices, Tony Tekpor, Dzandu, and Hekli, as well as ex-PNDC member Amartey Kwei, were executed by firing squad.

Before his death in 2020, Mr. Rawlings always insisted that before Amartey Kwei was executed, he confessed, at the stakes, to falsely accusing Mr. Tsikata of involvement in the execution of the judges.

Yesterday, 30 June marked the 40th anniversary of the massacre, and Ghana has still not recovered from this mystery.

A solemn church service was held at the Christ the King Catholic Church to commemorate the abduction and killing.