Order order order! The 8th Speaker of Ghana’s Parliament boomed into the microphone as he rapped the gavel to silence perhaps the noisiest legislature on its inauguration day.

Alban Sumani Bagbin was elected Speaker after a rather acrimonious process in which the lawmakers defied all their parliamentary courtesies. 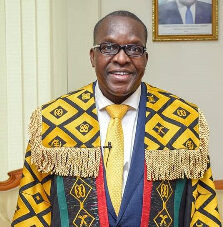 Mr Bagbin, a man of many records, became the first man from an opposition party to lead Ghana’s Parliament—a role that by convention went to the ruling party.

The man who was just six months old when Ghana became independent in March 1957 was one of 200 MPs elected in 1992 when Ghana decided to return to multiparty democracy after 11 years in the throes of military rule.

The legal practitioner went through the legislative mill in the last 29 years from the Chairman of the Subsidiary Committee in the first parliament to become the country’s third most powerful man in 2021.

In 2009, the man, known as Nadowli/Kaleo Mugabe, was one of the MPs appointed by the Mills administration as the Minister of Works and Housing.

He is the fourth former parliamentarian in the fourth republic to become Speaker of the House after Peter Ala Adjetey, Doe Adjaho and Prof Mike Aaron Oquaye.

But before Mr Bagbin, there had been six others who nursed Ghana’s parliamentary democracy. 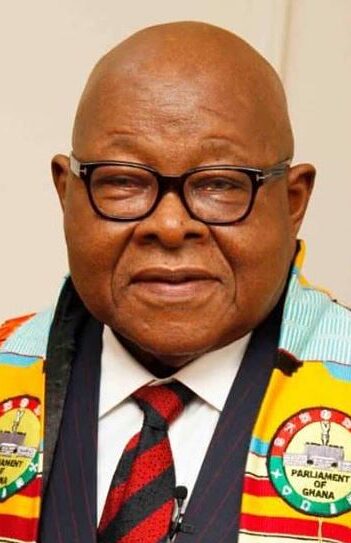 The man of many hats—minister of the gospel, lecturer, lawyer, historian, political scientist and diplomat is the third former parliamentarian to become a Speaker of Parliament.

The former two-term MP for Dome-Kwabenya was nominated by the NPP in 2017 to lead Parliament after apprenticing as the Second Deputy Speaker from 2009 to 2013.

A soft-spoken MP, he was often described as brutish by Minority, who just like his predecessor was described as extremely partisan.

He had often clashed with the opposition MPs with perhaps the highest number of walkouts and boycotts happening during his tenure.

But he was also one that protected Minority MPs from external control. He created a firewall around Mahama Ayariga, the Bawku Central legislator when the Special Prosecutor dragged him to court and also took on the police for raiding the home of Asutifi South NDC MP, Collins Dauda.

“We want the security agencies to be mindful. In fact, the police should not invade the premises of a member or appear to be doing so in a manner that will raise difficulties for us. Members of Parliament are not above the law but the privileges given to us by the constitution that we have all agreed to be ruled by, should at all material times, be respected and protected,” Prof Ocquaye said.

A second attempt to get him to preside over business on the floor of the House hit rock bottom when the NDC put up one of its own, Alban Kingsford S. Bagbin, to contest him. He lost by two votes—in the bitterest speakership election in the history of Ghana’s Fourth Republican parliament.

A barrister of the Supreme Court of England and Wales, he is also a senior member of the Ghana Bar. As an academic, Prof. Michael Aaron Oquaye achieved the singular distinction of winning within four years, the coveted International Rockefeller Senior Scholar Award (1993) and the Senior Fulbright Scholar Award (1997) considered the highest award in Academia. 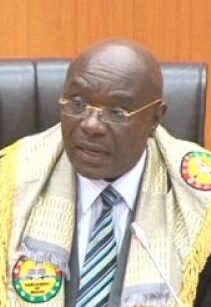 The independence-year baby became the first Member of Parliament in the history of the Fourth Republic to resign as a legislator to become a Speaker of Parliament.

The five-term MP had won his six-term in 2012 when he was nominated by his peers to become Speaker hence had to resign as a legislator to take on the new role.

His tenure was characterised by shadowboxing with lawmakers of the then opposition, New Patriotic Party (NPP) who accused him of extreme partisanship.

He directed the Minority New Patriotic Party (NPP) members of the house to pursue the case at the Commission for Human Rights and Administrative Justice, (CHRAJ).

According to the Speaker, various legal and constitutional provisions indicate that the body mandated to deal with such issues is the Commission for Human Rights and Administrative Justice, (CHRAJ). The then Minority described the decision as bias.

The University of Ghana and Ghana School of Law product joined the bar in 1986. He worked at the Attorney-General’s department before turning to politics six years later when he became the MP for Ave-Avenor.

The soft-spoken retired Supreme Court judge was born on March 26, 1937. She broke the glass ceiling to become Ghana’s first female Speaker of Parliament on the back of a decorated public service, spanning more than 40 years.

In 2009, she joined a gang of ‘first women’ to occupy positions including Speaker of Parliament.

The others were Attorney General and Minister of Justice (Betty Mould-Iddrisu) and acting Inspector General of Police (Elizabeth Mills-Robertson).

In more intriguing terms, the legal luminary became the first woman in West Africa to hold the position, joining the league of Betty Boothroyd in the UK and Nancy Pelosi of the United States.

In 2011, the no-nonsense judge temporarily hanged her Speaker’s robe, walking out on the MPs after what she is reported to have said was disrespect shown to her by the then-Majority Leader, Cletus Avoka.

She returned to chamber minutes later to resume business after an apology from the Minority.

Justice Bamford-Addo pursued her legal education in London and was subsequently called to the bar through the Inner Temple in London in 1961.

From 1961-1963 Justice Bamford-Addo practised law in Ghana and joined the Attorney General’s Department as Assistant State Attorney on December 27, 1963. By January 1986, she rose through the ranks to be the Director of Public Prosecutions. Five years later, she was appointed a Supreme Court judge.   After 13 years on the country’s highest court, she retired in October 2004. 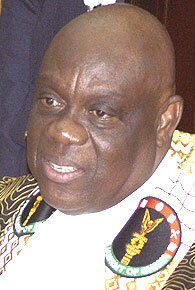 Born on 4 September 1939, Mr Sekyi-Hughes was the third Speaker of the Fourth Republic.

His selection came as a surprise to many political observers when the J. A. Kufuor administration decided not to go into its second administration with Speaker Peter Ala Adjetey, who some NPP members at the time accused of being too favourably disposed towards the Minority.

He was plucked from relative political obscurity to lead the Fourth Parliament. Mr Sekyi-Hughes in 2005 became the second non-legislator after Justice Annan to became Speaker.

It was during his tenure that the controversial Representation of Peoples’ Amendment bill was passed into law. The law, yet to be implemented, was meant to allow eligible Ghanaians abroad to vote in the country’s general elections.

But even some NDC members of the House acknowledged his fairness.

“So far the Speaker has steered the affairs of Parliament without showing any bias or favouritism to any political side, and this is what will strengthen Ghana’s democracy,” the Member of Parliament (MP) for Ho West, Mr Francis Agbotse was quoted as saying in March 2007.

The Takoradi-based lawyer joined the bar in October 1966, the year Ghana’s first President Dr Kwame Nkrumah, was overthrown. He was appointed Notary Public in 1974. Mr Sekyi Hughes was President of the Western Regional Branch of the Ghana Bar Association in 1977-81 and member of the Judicial Council and Bar Council during the same period. He was the Western Regional representative of the Council of State from 2001 to 2005. 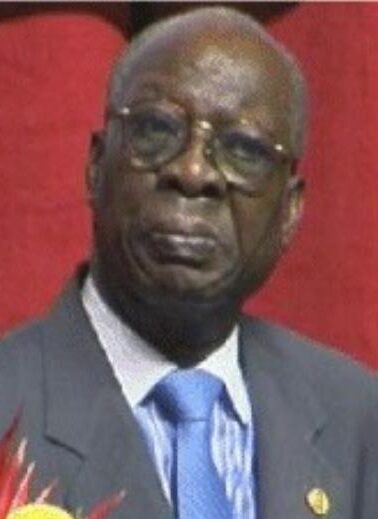 The private legal practitioner was a member of Parliament for the Kpeshie Constituency in the Third Republic (1979 – 1981) before it was overthrown by Flt Lt J.J. Rawlings on December 31, 1981.

With the military truncating his political career, albeit temporarily, he entered full-time legal practice and became President of the Ghana Bar Association from 1985-1989. He also became Chairman of the NPP from 1995 to 1998.

The Kufuor administration nominated him as Speaker in 2001. The opposition National Democratic Congress viewed the nominee with suspicion with fears that he could become a partisan Speaker. But the erudite lawyer proved them wrong to the extent that in the fourth Parliament (2005), the NDC Minority in Parliament nominated him to go head-to-head against the NPP-preferred Ebenezer Sekyi-Hughes who eventually became Speaker from 2005 to January 2009.

Mr Ala Adjetey worked as a Law Officer with the Attorney Generals’ department from 1959 – 1962. From 1962 until January 7, 2001, when he was elected as Speaker of Parliament, he was a private legal practitioner. 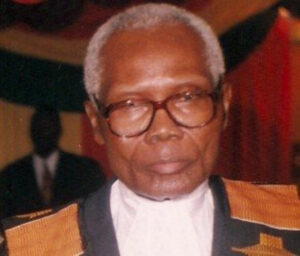 He is credited with ‘midwifing’ Ghana’s Fourth Republican Parliament. The former Provisional National Defence Council (PNDC) member became the first Speaker of the Fourth Republic. He superintended over a house that had the Majority NDC and its allies in EGLE, National Convention Party and independent MPs.

The NPP had no legislators in the first Parliament because it boycotted the parliamentary elections in protest against the results of the 1992 presidential elections, which it claimed was rigged in favour of J.J. Rawlings. It was that election that Rawlings transitioned from a military ruler to a civilian President.

His second tenure from 1997 to 2001 has been described by political observers as the golden era of Ghana’s parliamentary democracy.

He became a member of the Provisional National Defence Council in 1984 and Chairman of the National Commission for Democracy in the same year.