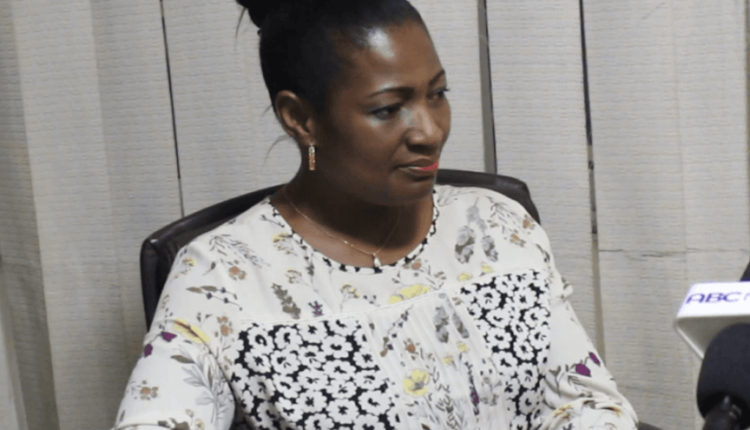 “I went to the estate, I enquired, and the lady who attended to me after we had done the lease and everything looked up to me and said, ‘you’re interesting, you are very brave, this has never being done. You are the the first black woman and the youngest I have come across who is setting up the Chambers.’…I just locked that down in my spirit and I thought, this is awesome, it is good to make history and make it this way” Lady Gifty Tetteh said when asked how she got to know she was the first and youngest Black woman to set up a chambers.

As if being the youngest and first black woman isn’t much of an impediment, Lady Gifty Tetteh, the Ghanaian who held many in the legal profession in England and Wales spell bound with her decision, setup the chambers only three years after being called to the Bar.

She set up her chambers, Chambers of GD-Tetteh in UK, in June 2005 when she was in her mid-thirties, making her the youngest black woman to do.

“I chose the Middle Temple because it is prestigious, it has got some good history, we have some good lawyers and judges that are members of the Temple and I thought it was the best place to be.”

In an exclusive interview with ABC News Ghana, Lady Gifty Tetteh, opens up on the successes, struggles she has chalked in her practice of law in the UK and why others like herself in the diaspora need to come back to Ghana and Africa to make same impact as well.

Born in Ghana to Ghanaian parents, Gifty Tetteh, as she was named at birth, added ‘Lady’ to her name after she translated her royal title given her to English.

Patrilineally, she hail from the royal family in Dodowa and the mum is a Ga from Osu.

How she landed in England to do law

She says her motivation to become a lawyer was triggered by her interest in what her father, did, as he practised law.

“I used to go to court with my dad, (who is a lawyer) but he didn’t really practise much. I used to go sit there. I saw these people come into a box (dock) and people will be talking for them and in my mind, oh my God, these people are so vulnerable, they can’t speak for themselves or articulate what they want to say and I said, when I grow up, I am going to become a lawyer and help people like that” she told ABC News Ghana.

However, her road to achieving this dream would be longer than she anticipated.

After completing her Senior High Education in Ghana, Christian Methodist, Lady Gifty Tetteh claimed she was part of the first few fortunate people to gain scholarship to Budapest, Hungary.

Against all odds and contrary to advise given, Lady Gifty Tetteh, who was then, as she recounted, the only Ghanaian girl among a bunch of students from Ghana and Nigeria to earn the scholarship, decided to read law whilst the others read engineering-related courses.

“I did law, I had to study the language for a year and then I studied law in the language. When I have done this for two years, I realised, there is reason for what seemed to be their madness at the time when they advised not to do law because they didn’t follow the English legal system, so if I had finished law in Budapest, it would have meant that I would have stayed there and practised or go and do it again to study the English legal system” she narrated, explaining that was how she ended up in England in the mid-late 1990s to study law.

Starting the chambers and Challenges running it

Starting the chambers only 3 years after full practice, she admitted, came with a myriad of challenges she had to surmount to get to where she is now.

Many senior colleagues at the Bar questioned her qualification to be granted permission to setup chambers, however, these did not perturb her as she had all satisfied all conditions and requirements as stipulated by the regulations.

In the midst of the storm when she started, there were some pluses she chalked right from the on set, she told ABC News Ghana.

Lady Gifty Tetteh recalls beginning the chambers with some legal luminaries who had served almost 30 years at the bar and some who tutored her when she prepared for active work.

“I knew that a couple of people may join, but I had no idea some of the people who came in would come in to join the chambers. I had my own pupil supervisor come to join, that is a plus. And very senior people at the time where I was practising also came to join” she indicated hinting that to some extent, the challenges that confronted the legal firm she was as a young lawyer played to her advantage.

“There aren’t that many of us now, but at the time we were about 12. And, I was the head of chambers. It took a while to get my head around that” she disclosed with a broad smile on her face.

She said, she had a difficult task of getting them to fall in line and tow her leadership route she thought was best for the chambers and the cases they worked on.

“Up until I set up chambers, in fact up until I became a barrister, I had worked a lot with Solicitors Firm, so I would normally go to Court with these Barristers as their outdoor Clark so in effect, I was their Clark like you will carry their files and follow a lawyer in Ghana to Court. So I had done that for a long time and I had good relationship with them, so you can imagine now, me being head of Chambers and saying this is the route Chambers is going or this is what we are doing or not doing. It was quite a bit difficult but I must say, hand on heart, that they were just wonderful, awesome people” Lady Gifty Tetteh fondly remembered.

In summary, she iterated, her age, gender and level of experience did not settle down with some of the team members, some of whom were established lawyers who had joined her chambers, thus, they left.

“…Some people felt like well, we can’t be part of the chambers where the person is young and female and not 30 years in practise but just 3, 4, 5, 6 years of practise and so it was time for them to move on and that scenario also came and went” she said noting that it has taught her so many life lessons she appreciates.

Most notable case running the chambers

As head of Chambers, Lady Gifty Tetteh notes that there are several profound cases, some she was a part of, others team of lawyers from her chambers handled.

Notwithstanding, the head of GD-Tetteh Chambers picked out a case in which despite her position at the Chambers, she worked on as a junior lawyer to a senior colleague within the firm.

After three months of painstaking murder trial, she asserted to ABC News Ghana in the interview that her client was the only one who was found not guilty out of 8 people who stood accused.

“There are so many cases but one that stuck with me because at the time, I was one of the lawyers, I worked with one of the barristers, he was a senior one and a member of the chambers, so I was a junior to him in the case. It was a murder and an attempted murder case and we had 8 defendants and the court was parked and we were at the OPD like 3 months plus on one case and when it was all said and done, the only person that was found not guilty was our client. That never left me, that never left me” Lady Gifty Tetteh said proudly.

After setting up her chambers in England, Lady Tetteh got called to the Bar in Ghana and set up Rehoboth Chambers’ Tetteh and Tetteh Advocates. She is also a Solicitor and Barrister of the Supreme Court of Ghana.

The Heritage and Cultural Society of Africa Summit 2019

She is currently in Ghana to attend the HACSA Summit 2019, which is a gathering of all African and Ghanaians in the diaspora as part of the Year of Return declared by the President to commemorate 400 years of the Slave Trade.

The HACSA Summit is the flagship international conference of The Heritage and Cultural Society of Africa (HACSA), a non-profit NGO based in Accra, Ghana.

The HACSA Summit 2019 will kick off at the prestigious Kempinski Hotel from 5th to 11th August, with a full week of debate, learning, commemoration, celebration, networking and heritage tours under the theme 400 Years On: Legacy, Communities, Innovation.

Lady Gifty Tetteh, who happens to be associated with the programme has lauded the initiative explaining that it has potential to transform our tourism and creative arts industry.

The Summit will include panels made up of descendants of the renowned enslaved African-American Venture Smith, descendants of the founder of Barclays Bank and the enslaved African families they liberated, an Innovation, Wall Street Bankers discussing the transformative potential of fin-tech in Africa, a Trade and Investment Expo, an archaeological exhibition of objects salvaged from the Marine Drive construction site by the Department of Archaeology of the University of Ghana, film screenings, a Gala dinner dance showcasing African food, fashion and music and guided tours of key heritage sites in Ghana.

Rev. Stephen Wengam: A journey to the top in humility, excellence and patience