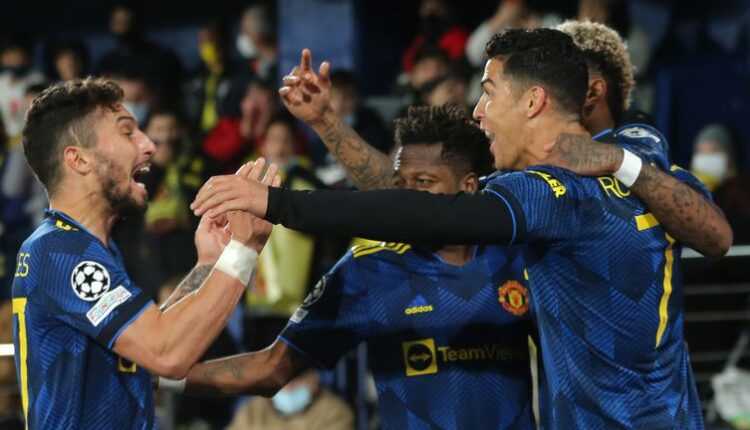 Michael Carrick believes Manchester United’s players showed their character as they delivered a 2-0 win over Villarreal in the first game since Ole Gunnar Solskjaer’s sacking on Sunday.

Late goals from Cristiano Ronaldo and Jadon Sancho – his first for the club – sent United into the last 16 of the Champions League as group winners – following Atalanta’s 3-3 draw with Young Boys later in the evening – and lifted the mood after a dismal few weeks.

“The result obviously is a major plus from the run we’ve gone on – we can’t hide that,” Carrick said. “To get that feeling of winning a football match for the players is huge, and to keep a clean sheet, David (de Gea) was important again so all round there’s a lot of positives to take.

“The biggest [positive] I’ll take is how everyone adapted, the reaction and how they pulled together.

“In situations like this there’s mixed emotions. It’s a test of people and you find out who the real characters are, who’s there with you and who’s not. I thought everyone stuck together in terms of supporting me and my staff and we managed to get the win which is very pleasing. It was a big one.”

Carrick, given only 48 hours to prepare for this match after Solskjaer’s dismissal on Sunday morning, had suggested he would not make major changes, but there was a significant statement as Donny van de Beek started ahead of Fernandes.

Many of United’s familiar problems were on show as Villarreal had the better chances for an hour, De Gea making two strong saves to deny Manu Trigueros.

But after Carrick’s substitutions United bossed the final 20 minutes, and it was Ronaldo who delivered again as he scored his sixth goal in five Champions League games to set them on their way before Sancho cracked a late strike off the underside of the crossbar.

“The game panned out as I thought,” Carrick said. “When you’ve had the results we’ve had and gone through what we’ve gone through in the last few days, you’d be foolish to think you can come here, pick a team and it will be free-flowing football.

“They’re a good team, they make you work for it, they keep the ball off you and make you defend as well. We were well aware of that, we had the feeling it would be a tight game. It’s important who starts the game but it’s also important who finishes it and how you finish it.”

United, who travel to Premier League leaders Chelsea on Sunday, are pushing ahead with their plan to appoint an interim boss until the end of the season before making a permanent appointment, with Carrick holding the fort until he hears otherwise.

For an hour Unai Emery must have thought it was his own Villarreal side on course to book their last-16 place on the night, but the former Arsenal boss admitted they could not handle United once Rashford and Fernandes were on.

“I think we were very good for about 60 or 70 minutes against a Manchester United who were the favourites in this group,” he said through a translator.

“We had chances, we were controlling the ball and we haven’t given them any kind of chances in these 70 minutes.

“But when they changed their players it gave them a boost and we were not playing the same way. They were speeding up and it has been a bit overwhelming for us.”