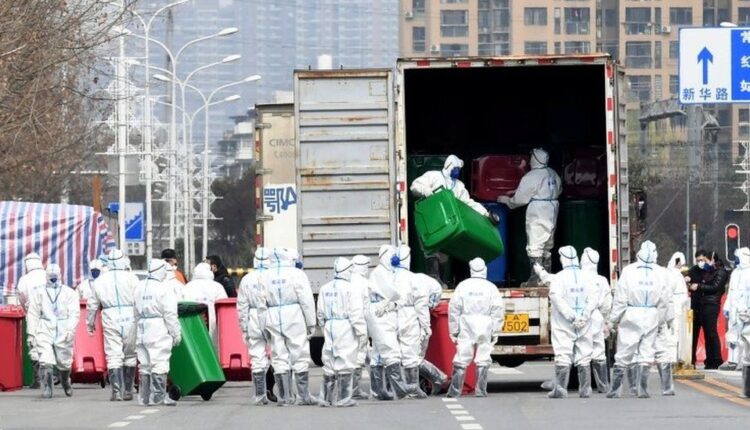 Almost one million people in a suburb of Wuhan – China’s central city where the coronavirus was first recorded – have been placed under lockdown.

Jiangxia district residents have been ordered to stay inside their homes or compounds for three days after four asymptomatic Covid cases were detected.

This has resulted in far fewer deaths than in many other countries.

But the strategy is facing growing opposition as people and businesses continue to face the strain of restrictions.

Two more cases were found through contact tracing, and shortly after the lockdown order was issued.

Wuhan became known around the world in early 2020 as the first place scientists detected the new coronavirus – and the first city to be put under harsh restrictive measures.

At the time, the wider world was shocked by the strict lockdown, but many cities and countries were soon forced to impose their own similar measures.

Later, China became known as a Covid success story, with restrictions lifted much earlier than in many other countries.

But that has changed again, with China pursuing a “zero Covid” strategy resulting in frequent local lockdowns, rather than trying to live with the virus as in most other countries.