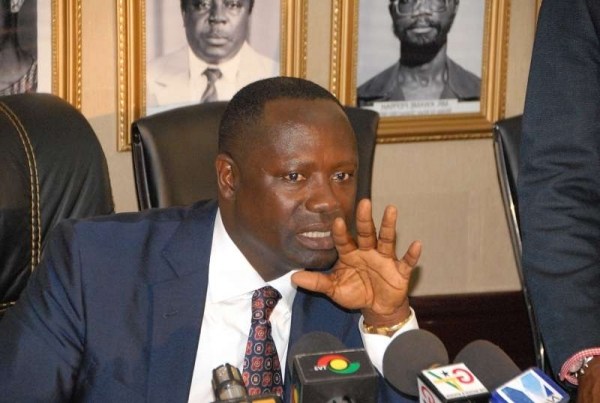 Energy Minister under the previous government has called the bluff of the current government, nudging it to go ahead and prosecute past officials alleged to have embezzled oil funds.

Emmanuel Armah-Kofi Buah wants the governing New Patriotic Party (NPP) to stop what he describes as needless propaganda, in the case of some alleged missing helicopters bought at a bloated price.

Speaking on PM Express on Tuesday evening, he told host Evans Mensah that current government was being mischievous with its claims of a possible embezzlement.

The Public Interest and Accountability Committee (PIAC) revealed in May that the choppers purchased during the previous National Democratic Congress (NDC)-led administration cannot be accounted for.

PIAC is mandated by law to promote transparency and accountability in the management of petroleum revenues in Ghana.

Dr Akoto Osei said documents show that four out of seven helicopters purchased have broken down.

He further stated that, he seven choppers were bought for $100million, a cost which the minister said were over-priced.

Dr Akoto Osei said the helicopters could have been bought for $8m, not $25 million.

“The four [helicopter] could have just cost the nation $32 million and not $100 million. Go to the Americas and we would get them for less instead of purchasing them at that expensive cost from China,” Dr Akoto Osei had said.

The whereabouts of the four choppers remain a mystery, according to PIAC and government.

He stressed: “The issue of the security of our oil sector should not be a subject of gossip.”

He suspects government is only being mischievous.

“Just go ahead and lock us,” he urged government.

“Stop the talking. It [incenses] me. Why are you [government] not locking the people up? Stop the propaganda, it won’t help anybody,” he advised.