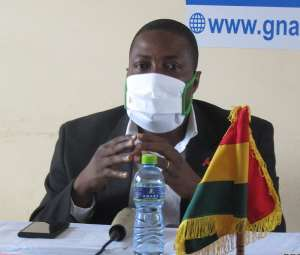 According to him, 7 percent of the estimated 350,000 people living with HIV in Ghana were children, with an estimated 3,700 new infections and 3,000 deaths among infected children under the age of 15 occurring annually.

Dispelling the myth that HIV is only transmitted genetically from mother to child, the program manager said a baby could get infected while in the mother’s womb, during labor, delivery, and during breastfeeding.

As part of efforts to reduce the infection rate, all pregnant women are tested for the virus and placed on medication if found positive.

The mother-to-child transmission takes up 15 percent of infections among children.

“If you take all the methods that a child could get HIV, mother-to-child transmission takes 15 percent, because most children under the age of 15 years do not have sex, which was one of the ways the virus could be transmitted,” he said.

Dr. Addo, therefore, advised pregnant women to take their antenatal and postnatal seriously and also make it a point to take the medications given to them accordingly in order to save the unborn child from contracting the virus.

He appealed that in view of the development and progressive achievement chopped by the Program, Ghanaians should avoid stigmatization and discrimination against people living with HIV.

“We all need to encourage them to take their medications so that very soon Ghana would be a nation free of the HIV virus,” Dr. Ayisi-Addo stated during the 14th Edition of the Stakeholders Engagement And Worker’s Appreciation Day Seminar held in Accra.

“Because the children do not have more immunity to the level of the adults own, they die faster,” he added.

He stated that his outfit has provided mental mothers who are HIV positive and are stable on treatment and can attest to the benefits of the medication, and encouraged new mothers who are positive to come to the clinic for guidance on what to do.