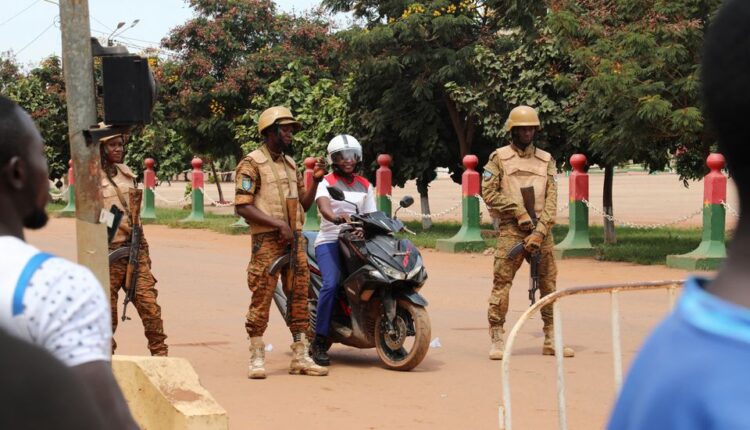 More gunshots rang out near Burkina Faso’s presidential palace on Friday afternoon, shortly after its military leader sought to quell fears of a second coup in eight months.

Residents of the capital Ouagadougou woke to the sound of gunfire at dawn on Friday. Soon after, soldiers and military vehicles took to the deserted streets, cutting off access to administrative buildings.

By mid-morning, the city, usually buzzing with motorbikes and cars, was quiet. Schools, businesses and banks were shut. State television stopped broadcasting.

But heavy gunfire broke out again near the presidential palace in the early afternoon, two Reuters reporters said.

It was not clear if a coup was underway, but security sources say there has been frustration within the military at a lack of progress in combating Islamist militants. 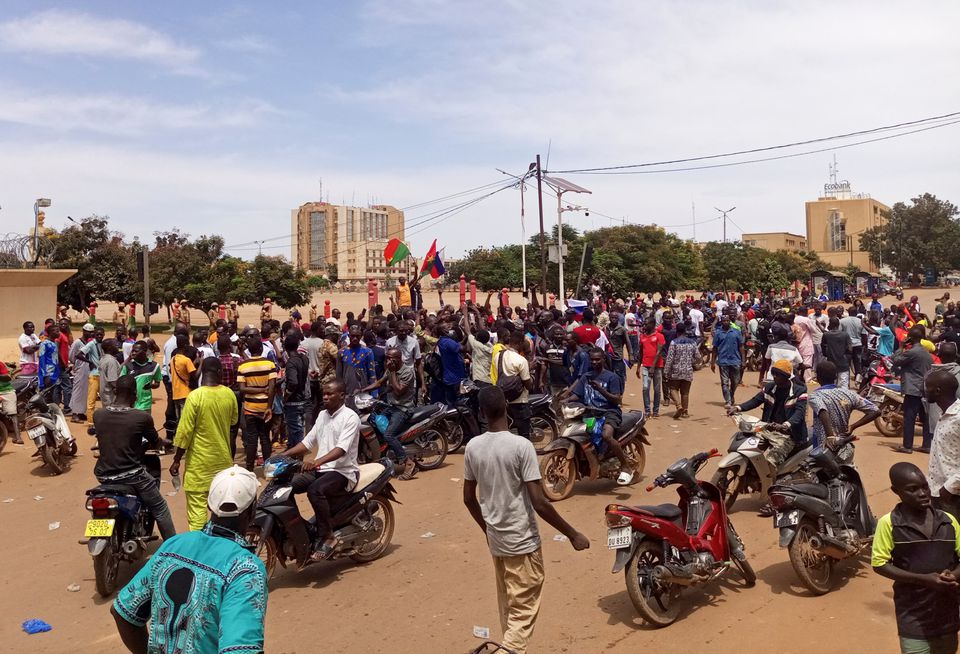 Colonel Paul-Henri Sandaogo Damiba, who took power in a coup in January, urged calm in a statement. Certain members of the armed forces overcome by “moods swings” had created a “confused situation,” he said.

His whereabouts are unknown.

“Since he Damiba took power, our soldiers die often and this does not sadden him,” said Marcelin Ouedraogo, who joined a protest in the city centre on Friday calling for the end of French military involvement in Burkina Faso, and for collaboration with Russia. 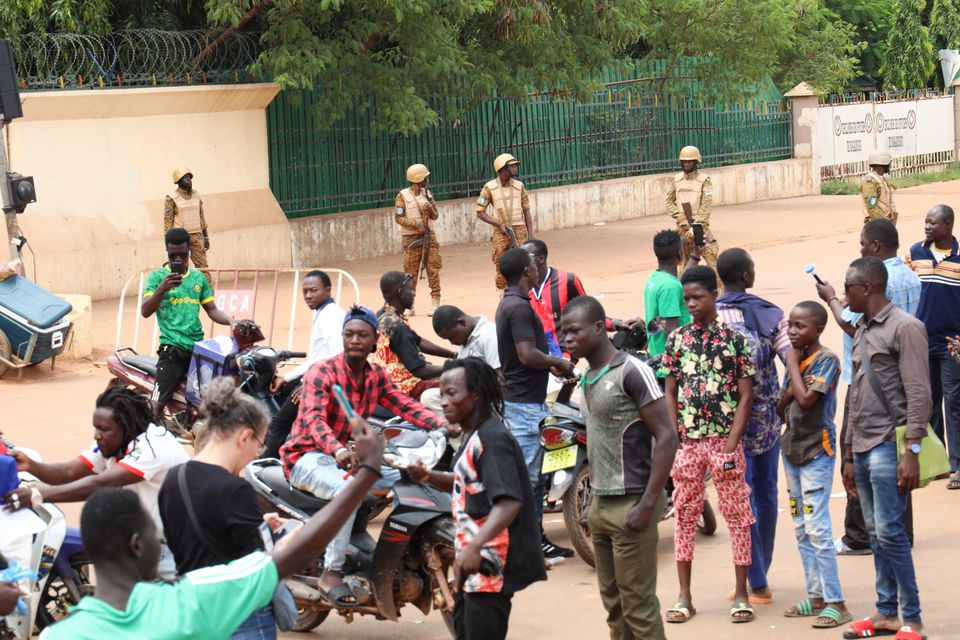 The latest unrest bore the hallmarks of other power grabs that have swept across West and Central Africa since 2020, undoing years of democratic progress.

The coups have been driven in part by violence committed by Islamist groups who have taken over large areas of northern Burkina Faso and parts of neighbouring Mali and Niger.

Civilian populations have cheered military juntas in the hope that they would be more successful at containing the insurgents than their democratically-elected predecessors.

As well as Burkina Faso, Mali, Chad, and Guinea have all seen coups since 2020.

Friday’s unrest is a “damning indictment for the state of democracy in the region”, said Eric Humphery-Smith, Senior Africa Analyst at risk intelligence company Verisk Maplecroft.

Another coup would mark the “sixth unconstitutional takeover in the Sahel in the past two years,” he said.

Damiba’s takeover was largely celebrated by Burkinabe fed up with the inability of former President Roch Kabore’s government to rein in militants linked to Islamic State and al Qaeda.

Burkina Faso has become the epicentre of the violence that began in neighbouring Mali in 2012 and has spread across the Sahel region south of the Sahara Desert.

The militants have killed thousands of people in Burkina Faso in recent years.

Damiba had pledged to restore security but attacks have worsened. The army is in disarray and frustrated, security sources say.

This week, unknown assailants killed 11 soldiers in an attack on a convoy taking supplies to a town in northern Burkina Faso. Fifty civilians are missing.

Many cities and towns not under siege have seen their populations swell as people flee violence in the countryside.

Protests against the military took place across Burkina Faso this week to demand the government do more to improve the security situation. Much of the country has become ungovernable since 2018.