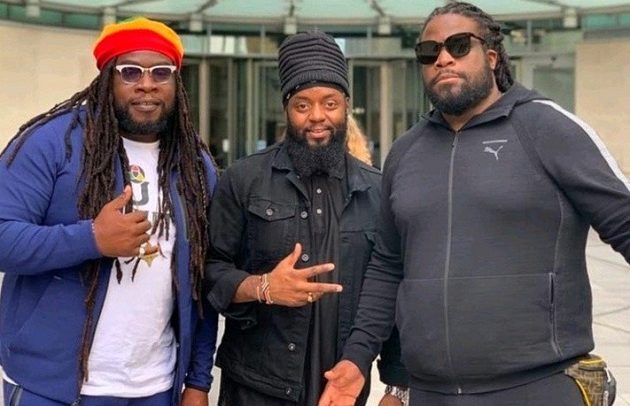 Members of Grammy award-winning reggae group, Morgan Heritage, which will embark on an African tour dubbed “Island Vibe Africa Tour”, are billed to perform in Ghana to promote their works as well as entertain reggae music fans in Ghana.

The much-anticipated concert, which is expected to attract a large number of reggae music lovers across the country, will take place on November 12 in Accra at a venue to be announced soon.

The group announced they will be performing old classics and dishing out new materials, as well as interacting with music fans.

This is not the first time Morgan Heritage will be performing in Ghana. The group 2018 performed at the BHIM Nation Concert held at Fantasy Dome, Trade Fair Centre, in Accra. It featured the likes of King Promise, Kwesi Arthur, Kuami Eugene, and KiDi among others.

The “Island Vibes Africa Tour”, according to the organizers, kicks off on October 2 in Johannesburg, South Africa, and it will see the group perform in some selected African countries such as Ghana, Central, East, and Southern Africa among others for over an eight-week period.

“Africa has always been home to us, which clearly shows in the immense support we have enjoyed over the years from the continent. This tour is our gift to our brothers and sisters at home. We look forward to entertaining every single fan in every country as we continue to strengthen the shared bonds between Africa and the Caribbean,” the group said.

Ruddy Kwakye, Executive Producer for the tour and Chief Executive Officer of RAVE commented, “We look to systematize, scale, and sustain the live entertainment ecosystem in Sub-Saharan Africa through innovative partnership modeling, technology resourcing, and high production values; this tour will allow us to do that and deliver memorable experiences for the fans.”

The internationally revered Morgan Heritage made up of Gramps Morgan, Peetah Morgan, and Mojo Morgan has twelve albums and over twenty years’ worth of experience.