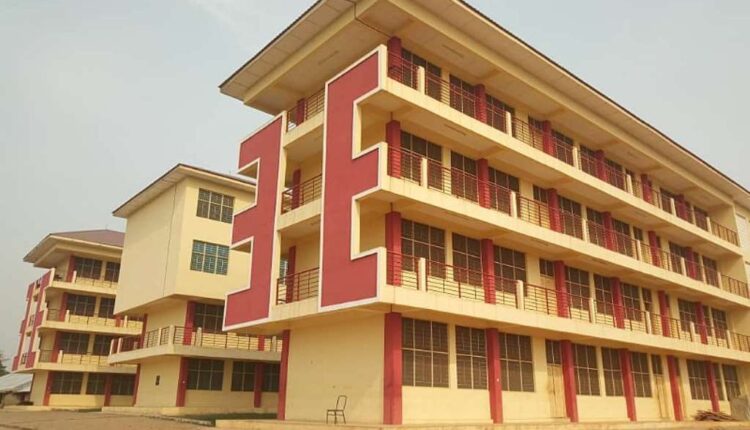 South Dayi Member of Parliament Rockson-Nelson Dafeamekpor has dragged the government to court for failing to complete some 200 Community Day Senior High Schools started under the Mahama administration.

The legislator, in his writ, said the current administration’s inability to complete the projects constituted a misuse and waste of public funds and property.

Therefore, the South Dayi MP wants an order from the court directing the government to complete the projects.

Mr Dafeamekpor is also seeking a declaration that the government’s failure to use all the 46 community senior high schools constructed by the previous government constitutes a contravention of Articles 35(7) and 41(f) of the 1992 Constitution of Ghana.

During the 2012 electioneering period, Mr Mahama promised to build 200 new Community Day SHSs in under-served communities across the country to enhance access to education.

However, the Mahama administration failed to complete all 200 Senior High Schools before the end of 2016, constructing about 46 school blocks before leaving office.

In February 2019, the then Education Minister Dr Matthew Opoku Prempeh revealed that 21 more of the Community Day SHS projects had been completed since President Nana Addo Dankwa Akufo-Addo took office in 2017.

But the NDC Flagbearer insists the project has been abandoned, with many completed schools falling into gentle ruin.

At the time, he had visited Mpaha Community Day School in the Yapei Kusawgu Constituency of the Savanna Region and other neighbouring schools and realised little had been done.

Former President Mahama also condemned the decision by the government to stop paying for ongoing projects and for refusing to use some of the completed buildings. 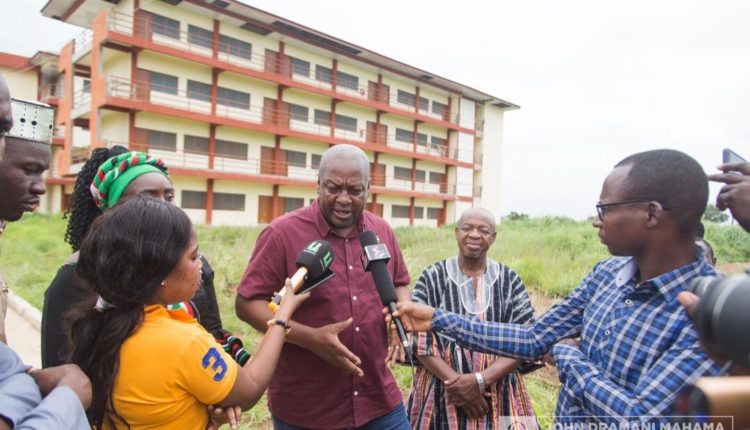 Before the December 2020 general elections, the NDC presidential candidate promised to complete the projects during his campaign activities if he returned to power.

He spoke at the 27th Annual Residential Delegates Congress of the Ghana Union of Technical Students (GNUTS) in Kumasi on August 17, 2019.

“We will, therefore, continue our work to improve the performance of public schools at both basic and secondary levels. We will resume our programme to fast truck educational infrastructure at the secondary level to absorb the increasing number occasioned by implementing the free SHS programme.

“We will complete all the remaining 200 community day schools we began and build additional ones at the high-density urban communities, including the Zongos and the underserved areas,” he assured.

Meanwhile, on September 2, 2019, the Ministry of Education said it had already awarded contracts to make the E-blocks constructed under the Mahama administration boarding facilities to ease the accommodation challenges brought on by implementing the Free Senior High School initiative.

The then Public Relations Officer of the Ministry, Vincent Ekow Assafuah, explained that it had become necessary given the fact that upon government’s completion of some of the E-blocks, the buildings are lying idle because students do not select them during the SHS placement process due to the absence of basic amenities.

Below are the reliefs sought