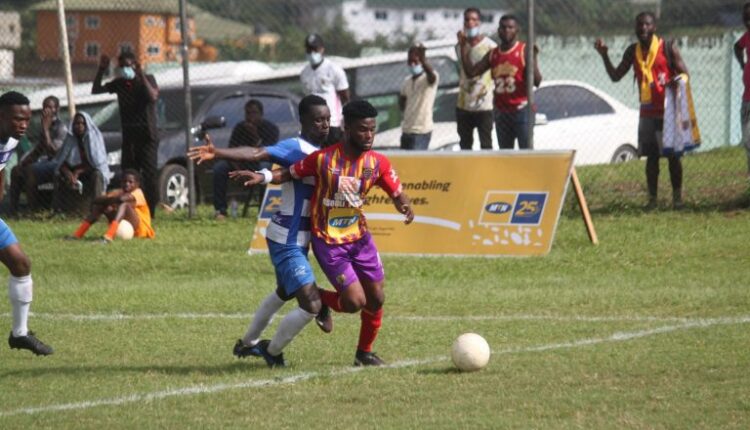 MTN FA Cup Round Of 16: Here Are The Full Results

Defending champions Asante Kotoko and bitter rivals Accra Hearts of Oak have both secured their places in the quarter-finals of the MTN FA Cup following wins over Asokwa Deportivo and Young Wise respectively.

Kotoko progressed on a 2-1 win over city rivals Asokwa Deportivo while Hearts of Oak beat Young Wise 1-0 in Dawu.

In a thrilling clash at Dormaa, AshantiGold beat fellow GPL side Aduana Stars 4-2 to advance to the next stage of the competition.

It was not a good start for the new coach of Legon Cities, Maxwell Konadu as he failed to advance after losing 5-4 on penalties to Attram De Visser in a match that ended 1-1 in regulation time.

The match between Elmina Sharks and Tema Youth ended in a 3-2 penalty shootout win for the Sharks.

The winner of Thursday’s game between Kintampo FC and Berekum Chelsea will complete the last 8.