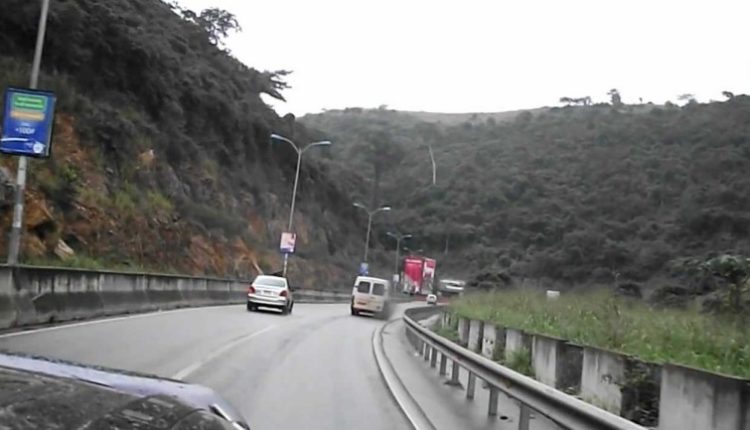 The Chairman of the Parliamentary select Committee on Roads and Transport Samuel Ayeh-Paye has called on NADMO and the National Security to demolish all buildings on the Aburi-peduase enclave in order to reduce the pressure on the rocks.

The comment comes on the back of a second mudslide, within a space of two weeks, on the Peduase-Ayi Mensah road Sunday which has triggered another closure of the road.

In an interview Monday, the MP said residents of the area must appreciate the danger the situation poses to them and other citizens.

“I will not suggest the two lanes be closed till we find out and know the extent of the pressure. I expect NADMO to step in and ask those occupying building on the rocks to evacuate for other processes to continue. I’ll blame the local authorities for allowing people to build on the rocks. The district assemblies in Aburi shouldn’t have allowed this to happen. National security and NADMO should immediately demolish buildings on the rocks to reduce the occurrence of further landslides”.

“The road was not like this when it was constructed under Ex. President Kuffuor. Unfortunately when people were allowed to build on the hill, it affected the rocks and geologists raised concerns about,” he said.

Also commenting on the issue, a Geologist Nicholas Opoku said even though human activities may not be the main trigger of the mudslides, it could be a contributing factor.

“Aburi is a mountainous region and the vegetative cover have been tampered with to some extent and this can give way to mudslides. The human activities in the area as well can be a cause of the mudslides as well. The buildings on the mountain are not necessarily the cause of the mudslides even though they may be a contributing factor”.