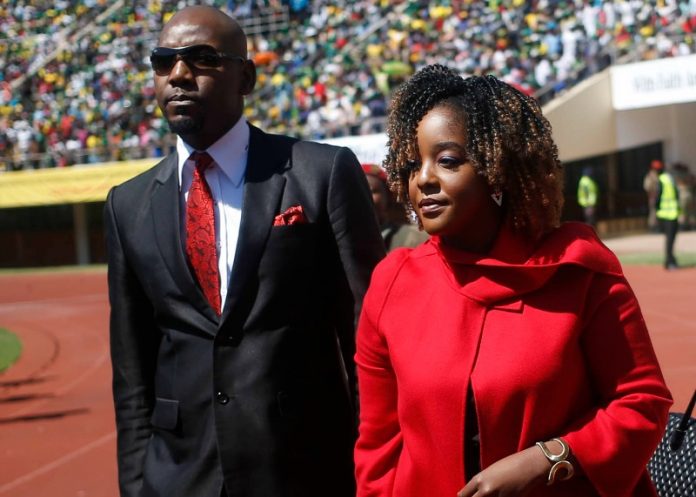 The son-in-law of Zimbabwe’s former President Robert Mugabe, has been released on bail after a magistrate explained to him that he was to face kidnapping charges.

Local media tweeted photos of Simba Chikore (in the pink shirt) arriving at the court in the capital, Harare, with his wife Bona – Mr Mugabe’s only daughter.

Mr Chikore is a pilot and has been involved in plans to launch a new national airline called Zimbabwe Airways.

He resigned as chief operating officer of the state-run Air Zimbabwe last November when Mr Mugabe was forced to leave office after 37 years in power.

Zimbabwean journalist Larry Moyo reported that Mr Chikore was arrested at the airport on Monday night.

According to the state-run Herald newspaper, he is accused of detaining a former senior employee of Zimbabwe Airways against her will following a dispute.

Magistrate Elisha Singano, who granted Mr Chikore $30 (£23) bail, ordered him not to interfere with witnesses.

The Herald says the case it set to resume on 7 November, when he may be formally charged.

But Mr Chikore’s lawyer, Jonathan Samukange, told the BBC he did not expect this to happen as he was challenging the process.