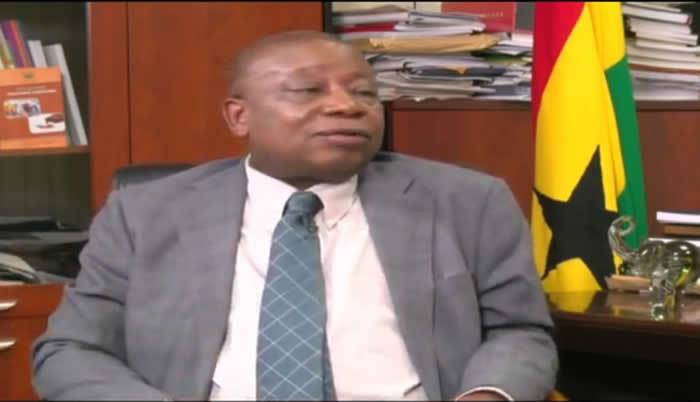 The Minister of Health, Mr Kwaku Agyeman-Manu, is finding it difficult to cope with the mounting debt the government owes service providers on the National Health Insurance Scheme.

With more than a billion cedis in debts to service providers as of July 2019, the minister says he has his face in his palms over the arrears, which sometimes causes service providers to snub subscribers (patients).

“I have mixed feelings. I was getting very enthused sometime last year when the numbers I was seeing about reimbursement of arrears were reducing and it went so down.

“Close to December, I was telling the President that if what he, me and the Finance Minister had sat down to agree on, if we could get funds to move, by close of the year, service providers would not complain about arrears at all.

“Unfortunately, the Finance Ministry has got challenges all the time. We couldn’t get what we were supposed to be given, so we were halted somewhat. That is what has gotten my enthusiasm down a bit,” he explains on Joy FM’s PM Express.

Ironically, while the Minister enthusiasm loses steam, President Nana Addo Dankwa Akufo-Addo in November last year said the NHIS has been brought to life following the payment of legacy debts.

“Walking the talk, this government has, since taking over the reins of power, made a conscious effort to restore the NHIS to its glorious days,” the President said at the 8th edition of the Ghana Economic Forum in Accra.

“The National Health Insurance Scheme has also been brought back to life through the clearing of the GH¢1.2 billion legacy debt of the past government,” he said.

But just three months down the line, the Minister says he is hopeful that by close of this year, the government might be left with just three-months arrears, where the President wants to be.

The Minority in Parliament challenged the President’s claims that it inherited and cleared more than a billion cedis in NHIS arrears.

According to the Minority Chief Whip Muntaka Mubarak, the figure churned out by the President and repeated by the  Vice President does not even exist.

But the Mahama administration was not left out of the blame as Mr Agyeman-Manu says “we inherited arrears of about 12 months and we owe about three months.”

While the scheme’s debts are up and his enthusiasm is close to biting the dust, the Minister says “this year, I’m optimistic that we will do better on claims payment.”

He, however, says there are particular challenges with the payment of claims.

“In some areas, you will come across some providers who have not been paid for a very long time. In such cases, you try and find out what happened. Some providers are not giving accurate figures in terms of their claims.  So it makes their claims a bit difficult to work on.

“In some areas, providers claim they have not been paid for two years but when we get such cases we investigate and address them,’ he said.

During the 2016 elections, the New Patriotic Party accused the Mahama administration of suffocating the NHIS with debts as it failed to pay service providers.

In recent times, service providers have had to withdraw their services to NHIS subscribers while others prioritise patients paying cash over NHIS cardholders.

Here are five promises the NPP made it in Manifesto about the NHIS: