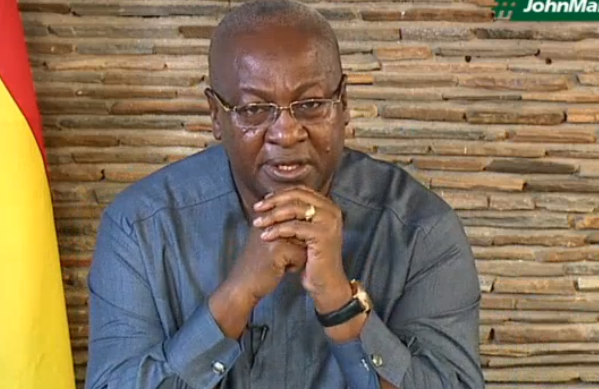 ‘My hospitals are wasting away’- Mahama criticises Akufo-Addo over ambulances

NDC Presidential candidate John Mahama has indicated government procurement of more than 300 ambulances amounts to putting the cart before the horse.

He said there are several hospitals built by his government which has been left to rot.

‘Where are the ambulances going to?’ he jabbed during a Facebook live session Friday.

President Akufo-Addo and a host of ministers and top government officials assembled at the Independence Square to officially commission ambulances to be sent to each of the 275 constituencies.

It was in fulfillment of a 2016 campaign promise.

Targeting the fanfare associated with the commissioning, Mahama said his government also procured some ambulances for Ghanaians but it was on the quiet.

Mahama who lost power in 2016 said his government was more focused on building hospitals, some of which have been abandoned.

He also listed hospitals in Fomena, Kumawu, Abetifi, Bekwai, Tepa, Bolga as critical health infrastructure that has been left idle.

Five things the NDC has called a misplaced priority

Calling policies or programs a misplaced priority is a staple argument for both the NPP and NDC.