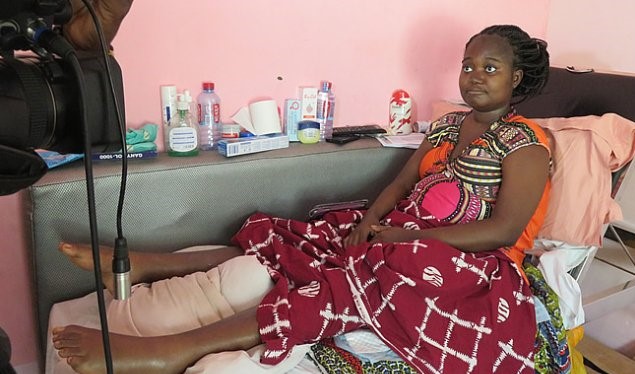 Benita Dankwa, the seven-month pregnant woman who was allegedly shot by her husband, is convinced her better half perpetrated the act because he did not want a child.

“I wanted to have kids, but he said he didn’t want kids before, and during the course of the marriage,” she said in her evidence to the Accra High Court.

Almost four years after the incident that has left her paralysed for life and in a wheelchair, Mrs Dankwa said her husband appeared to care less about her pregnancy.

Led in evidence by a State Attorney, Mrs Dankwa told the court her husband probably attempted to kill her because he was unhappy with her pregnancy.

She noted that Effort Dankwa was not too excited as most men would be on hearing news of her pregnancy, “he only smiled.”

The 33-year-old woman survived a mysterious shooting while she was eight months pregnant. There was no sign of forced entry into their house and her husband was in the room. 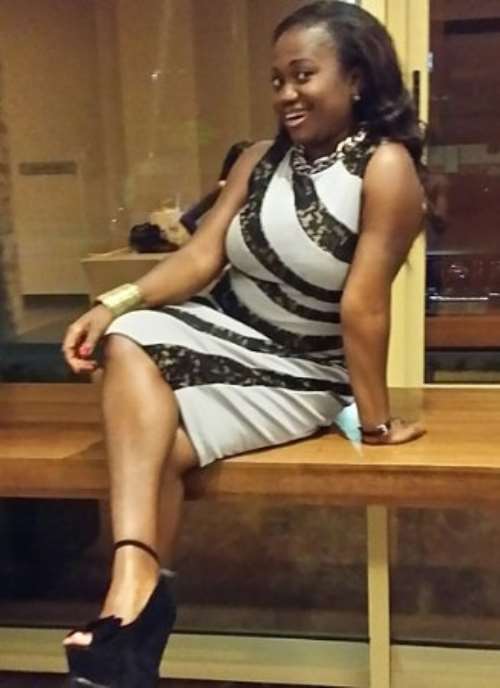 As luck would have it, she did not die but the attack left her paralysed and incapable of passing urine or faecal matter the natural way.

Her baby was also delivered prematurely via caesarean section. The traumatic incident left her bed-ridden for years.

Not long after the incident, her husband was picked up in a story that investigative journalist, Manasseh Azure Awuni broke.

Effort Dankwa, then 36, was arrested in 2016 after police investigations identified him as the prime suspect in an attack on his wife.

Almost four years later, the case is still in the court presided over by Justice Mary M.E. Nsenkyire, as the wheel of justice grinds slowly.

During her cross-examination at the Accra High Court on Tuesday, Mrs Dankwa recounted discussions they had about having children prior and during the marriage.

Here are excerpts of the exchanges

J.A: Why she did not do anything about the discussions about having children.

B.D: I didn’t take it seriously then, I took it as just one of his sayings.

J.A: Did you discuss with your family members?

J.A: I understand you had a good relationship with the accused brother, Francis Dankwa?

J.A: And the mother?

B.D: Yes, l had a good relationship with her.

J.A: If he had said it several times that he didn’t want children, you would have taken it seriously and informed somebody.

B.D: He’s never wanted us to take our issues to a third person and when we had the conversation, I didn’t take it seriously…so l wasn’t bothered that he didn’t want to have children.

J.A: Did he ever go with you to the hospital?

B.D: He only went with me once, but even that it happened because he was forced to by one of the midwives at the Tema General Hospital. Even after that he left me there to continue whatever he was doing.

J.A: Your husband has never used a condom?

Laughter in the court

Judge: Some of us don’t understand coitus interuptus

J.A: Your husband has never used any family planning methods?

B.A: None that we agreed on.