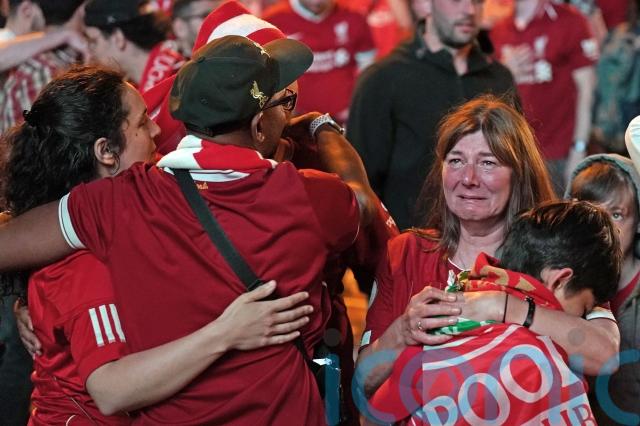 At the end of the Friday before last week’s, I looked forward to a good weekend as I prepared to leave the capital for Kumasi.

The following Monday, the 23rd, was the 54th birthday of my boss, Manhyia MP and Minister of Energy, Dr Matthew Opoku Prempeh, also known as NAPO.

However, nature had other plans, and by Sunday night, I was reduced to a shivering wreck as my upper and lower teeth chattered angrily against each other as if at war.

When the air conditioning had to go off and then back on and off again several times in response to my body feeling cold and then warm and then cold again, my untrained mind began to suspect that malaria parasites had found their way into my body. It was obvious I would miss the birthday fun.

After a quick test at a nearby pharmacy confirmed my suspicions and I was laden with a course of Coartem tablets and some painkillers, and with an advice to take plenty of water and rest, I dragged my weary body back home and went into self-imposed quarantine.

Picking calls was suddenly a chore, and after I had managed to send messages to my work superiors and everyone else who I believed mattered and then cancelled a couple of scheduled Zoom meetings, I just hunkered down and checked out.

For most of the week, until I was well enough to step out on Friday, I was only faintly aware of some happenings in the republic and beyond, as if I was having an out-of-body experience. And what a week it was.

First was the near-meltdown on social media over the late Forestry Commission boss Sir John’s will, with eye-popping detail, including particular reference to Achimota Forest, which had grabbed the headlines through the Owoo family, EI44 and all that just the previous week.

It took a friend, who was surprised by my silence, to call and urge me to visit Facebook and follow the story. Even then, in my state of mind, I barely grasped beyond the main outline.

Everyone was writing everything about the story from literally every angle. Of course, like many in this country, the long list of properties rattled me on my sick bed and I wondered what would go into my will if I ever got round to putting it together.

Certainly, pump action guns would not feature. I do not even own a water pistol and have no intention of acquiring one.

I had the will to write something and wanted to focus but the parasites would not let me. I gave up and rather drifted between Facebook, a few Whatsapp platforms and long bouts of sleep.

At least, I can surmise that we have a long way to go in this country on the matter of conduct in public office.

A lady friend called to demand why I was not shouting all over Facebook, given the fact that my beloved Opoku Ware School had won the Ashanti Regional championship of the National Science and Maths Quiz.

She was actually surprised at my silence, particularly because we had dispatched arch rivals Prempeh College on our way to the top.

My silence only made sense to her when I told her I was unwell, and that I had celebrated within my mind but had not had the wherewithal to storm Facebook to run my big mouth and mock Prempeh College.

She promised to pray for me, and I promised in return to bring down Facebook when (not if) my school clinches the trophy this year to seal our 70th anniversary celebrations.

Memories of my early years in the UK as my ears struggled to adjust to the British accent came rushing back when the video recording of an interview granted by the MP for Dome Kwabenya (my constituency in Accra) and Minister for Gender, Children and Social Protection, Ms Adwoa Safo, went viral and sent many into spasms of uncontrollable amusement, beyond the substantive issue of her long absence from the country and hence her ministerial and parliamentary duty.

These grave issues were simply buried in the giggles the video inspired.

By this time, I was beginning to feel better, even though my appetite was yet to be restored in full and I was feeling rather week. I must admit the clip brought quite some smiles to my face and the laughter may have helped my healing process.

Back at university in the 1990s, many students who travelled to the UK for the three-month summer vacation came back not just with new clothes and gadgets after weeks of slaving away in greasy kitchens and stuffy factories.

They also came with freshly-acquired British accent, dropping ‘innit?’ at the end of literally every sentence, to leave one in no doubt where they had spent their summer.

As my malaria parasites packed their bags and got ready to check out of my system, kind courtesy of coartem, my strength returned slowly. By Friday, I was able to step out to the Kumasi Mall, have some lunch and get a few items from Shoprite.

It felt great to be alive again and to break free from the monotone of green tea, rice and light soup with dried fish. I also noticed a buzz in town.

The New Patriotic Party (NPP) was busy in the regional capital, getting ready to elect its regional executives ahead of the 2024 election.

In addition, Liverpool was to face Real Madrid in the Champions League final. Both events were to take place on Saturday. My blood pressure was fine because I had no favourites in either contest.

As it turned out, Chairman Wontumi retained his seat and Liverpool walked alone that night. I wish Chairman and his team well and to Liverpool, well…

It had been a week away from work and other social engagements, with meetings cancelled and deadlines missed. But the earth did not stop rotating and life moved on.

So slow down and stop thinking you are indispensable. You are not. Enjoy your health and enjoy life.