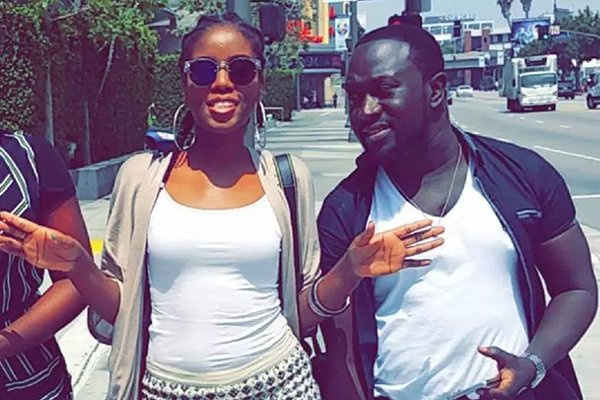 MzVee has been fantastic since leaving Lynx – Richie Mensah

Lynx Entertainment CEO Richie Mensah, former label boss of Ghanaian songstress MzVee has broken silence after the singer exited the label some three years ago, following an eight-year stint with the label.

After the controversial exit which MzVee attributed to depression, the singer has successfully released two studio albums ‘InVEEncible’ in 2020 and ’10Thirty’ in 2022, coupled with a good number of hits songs, endorsement deals, and awards.

Many have described MzVee’s feat as breaking the ‘Lynx Jinx’ since no ex-Lynx musician has been able to win an award or remain relevant after leaving the label.

MzVee released her latest body of work to mark 10 years in the industry and her reaching 30 years of age. The album was officially released on June 23, followed by a musical concert on June 24.

To the surprise of patrons, her former label boss was in attendance and he had a few words to share.

He said “MzVee has been doing fantastic. Releasing her second album after going solo and everything is really beautiful.”

“Seriously, she has done so well. They say life begins at 40 but 30 to 40 is really where you get your footing. I’m so proud of her and if she keeps going like this she is going to get bigger and take over.”

He also purchased a copy of the new album for a whopping GHC50,000 as a show of support for his former talent.

MzVee has really done well for herself since she left Lynx Entertainment – Richie MENSAH#10ThirtyAlbum pic.twitter.com/XB63CxOTgB

I forgive those who roasted me for misspeaking – Remorseful Habiba Sinare