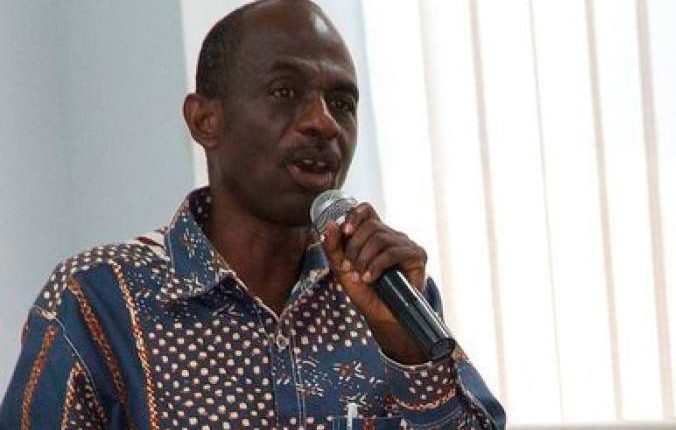 The National Democratic Congress (NDC) has asked the government for a concrete plan to “completely withdraw” the controversial Comprehensive Sexuality Education (CSE) from the country’s education system.

Though President Nana Akufo-Addo has said that no educational programme will go against the country’s values, the NDC has said the President’s assurance is just charade.

In a statement, the NDC called on all critical observers to continue to hold the government accountable.

“The NDC calls on the impressive coalition that has emerged on this matter not to fall for President Akufo-Addo’s charade. Our appeal is for eternal vigilance on this matter. We must not rest on our oars until the Government takes practical and appropriate steps to roll back this satanic CSE out of our dear country.”

The NDC feels that President Akufo-Addo only spoke on the issue after “an avalanche of condemnation which he could no longer ignore.”

The opposition party believes the CSE is already embedded within the country’s curriculum.

It noted the 2019 budget statement and the new Standard Based Curriculum and the Teacher Resource Packs for Basic Schools as evidence of this.

The party further referred to the Minister for Education, Dr. Matthew Opoku Prempeh’s warm reception of the programme in February.

Confident of winning power in 2020, the NDC says it “will be under no obligation whatsoever to respect the obnoxious CSE agreements the Akufo-Addo led Government has entered into.”

Find below the full statement

The National Democratic Congress has noted the belated and insincere assurances of President Akufo-Addo to the leadership of the religious community to the effect that Comprehensive Sexuality Education (CSE) would not be introduced in the school curriculum under his watch.

We note that the President elected to speak only after the horses had bolted from the stable door and in the face of an avalanche of condemnation which he could no longer ignore.

The NDC finds it extremely difficult to reconcile the President’s belatedly lame assurances with the well-established and concrete facts known to many.

Ghanaians are well aware that CSE has already found expression in the new Standard Based Curriculum and the Teacher Resource Packs for Basic Schools. This is an incontrovertible fact which teachers and their Union leaders have confirmed firmly and publicly.

Ghanaians are now privy to a raft of official documentation which include the 2019 Budget Statement approved by Parliament last year, invitation letters and reports of workshops that have earlier been convened to train teachers on CSE implementation.

Also, contrary to the claims of President Akufo-Addo, it is clear from objectives of the approved CSE guidelines that at the core of this satanic programme is a subtle attempt by the government to inculcate in our children acceptance and tolerance for LGBT which affronts our laws and socio-cultural values as a people.

The Akufo-Addo Government has not denied its commitment to her international partners who have so far provided what Government describes as generous funding for the elaborate roll out of CSE in Ghana, both within the school system and in communities targeting out of school settings.

Furthermore, the President’s Minister for Education, Dr. Matthew Opoku Prempeh in launching the CSE guidelines on 1st February, 2019 thanked the Government’s international collaborators for their support and especially for admitting Ghana into the five-member Program Acceleration Countries (PAC).

Indeed, because of funding from the Government of Sweden, the agreement for UNFPA to provide CSE technical assistance to the Ghana Education Service has not been abrogated; and there is no indication from President Akufo-Addo it will be abrogated.

Additionally, it is significant to point out that the CSE Program Implementation Officer who was recently recruited to be the focal person for CSE implementation in Ghana is still at post and busy functioning from his UNESCO Ghana office.

Confronted with the reality of an elaborate and well-funded CSE roll out in Ghana with the full support of the Akufo-Addo administration, the NDC finds it audaciously immoral and blasphemous that the President looked in the eye of our respected clergy and Islamic clerics to deny the obvious.

The President ought to have at least been guided by how earlier attempts to deny the obvious by his Minister of Education left him badly exposed in a pool of contemptuous ridicule and derision.

The NDC expects President Akufo-Addo to outline steps he will be embarking on to completely withdraw CSE from Ghana and how he intends to renegotiate Ghana out of the numerous international agreements he has committed us to. Nothing short of this will and must suffice.

This is not the time for the President to play ostrich and keep piling up falsehoods which only create more entanglements for his Government; and most importantly leaves our children’s future in total jeopardy.

The NDC calls on the impressive coalition that has emerged on this matter not to fall for President Akufo-Addo’s charade.

Our appeal is for eternal vigilance on this matter. We must not rest on our oars until the Government takes practical and appropriate steps to roll back this satanic CSE out of our dear country.

We wish to re-echo the profound statements of our Flagbearer, H.E. John Dramani Mahama, that what Ghana needs is an improvement in quality education; and hereby serve notice that a future NDC Government will be under no obligation whatsoever to respect the obnoxious CSE agreements the Akufo-Addo led Government has entered into.