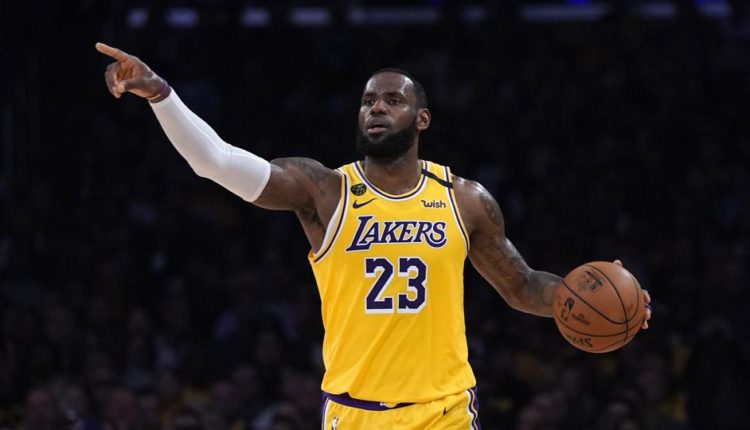 Trump has accused players of “disrespect” by taking a knee during the national anthem.

“I really don’t think the basketball community is sad about losing his viewership,” said James.

“I can speak for all of us who love the game and we could [not] care less.”

Four-time NBA most valuable player James, who is fronting a campaign in the run-up to November’s presidential election to protect African-American voting rights, said that the sport’s fans appreciated the players’ stand on social and political issues.

“Our game is in a beautiful position and we’ve got fans all over the world,” James added. “Our fans love and respect what we try to bring to the game, what’s right and what’s wrong.”

It is not the first time that James has criticized President Trump. James called Trump a bum and referred to him as a “so-called president” in 2017. Trump in turn has suggested he prefers Chicago Bulls great Michael Jordan as a player.

The vast majority of NBA players and staff have chosen to kneel during the playing of the pre-game national anthem in protest at racial injustice.

President Trump has said that the gesture “is not acceptable to me”.

“We know that justice is on our side. This hat that I’m wearing is what our president is trying to get us to not to, which I think is just as disgraceful.”#

On the court, James and the Lakers, top of the Western Conference and one of the favorites to take the title, suffered a surprise 105-86 defeat against the Oklahoma City Thunder.

The NBA has announced a new foundation that will invest $300m (£228m) in providing employment and career opportunities for black communities.