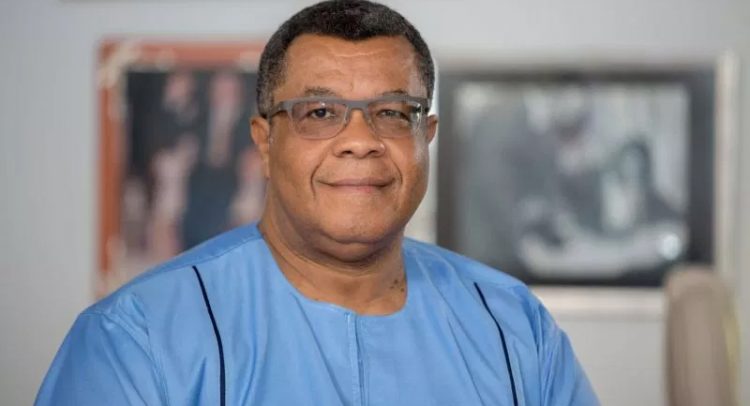 ‘Whatever lead he has, has dropped significantly’, Goosie Tanoh said in an interview with Joy News’ Evans Mensah on late evening show PM Express Thursday.

“Let me just say, he is beatable, simple as that”, the former law lecturer who returned to the party in 2008 after breaking away in 1998 said.

The interview was conducted in his home where wall photos behind him told a story of his own rise in politics. President Jerry John Rawlings then a Flight Lieutenant whose was head of state was Tandoh’s visa into high-octane politics.

The former law lecturer drawn by the revolutionary tempo of the 80’s, left the University of Ghana in 1983 to become a Special Assistant to Jerry Rawlings who lead the military junta, the  Provisional National Defence Council (PNDC).

After serving the party and the president for more than a decade, the man who looks like Rawlings was overlooked as his successor in 1999. He broke away from the NDC citing disorganisation and corruption within the party.

The now-defunct National Reform Party he formed garnered 1.1% in the presidential polls in 2000.

Mr. Tanoh who has restarted an ambition to lead the NDC which dates back to the 90’s, conceded that Mahama remained a frontrunner but now only marginally.

He said the former President had much higher ratings in May 2018 when he was yet to formally announce his intention to run for the 2020 flagbearer race.

But this is dropping, the NDC returnee said explaining his campaign has its ‘own mechanism’ of collecting intelligence.

Despite a belief, that Goosie Tanoh own chance at winning is a long shot, the 62-year old stressed he is in the race to win.

“If we did not think we were in the game to win, we wouldn’t have tried it at all”, the man who was restored into the party he abandoned said he is running to restore values the party has abandoned.

Goosie Tanoh said it is for the NDC to “think carefully” about voting for a candidate who was “rejected massively” in the 2016 elections.

Mahama who was described as having a ‘comfortable lead’ in the 2016 national elections, does not have a comfortable lead in the party’s race, he observed.

The lawyer and international businessman said there are examples of politicians who after suffering defeats in polls declined to run again. He mentioned US President Jimmy Carter.

“Everybody and his karma”, the one-time presidential candidate said suggesting John Mahama could be Ghana’s president again.

Despite examples in US politics, the ‘karma’ for Ghana politics encourages second and third tries for politicians seeking to become president.

No one has won the presidency from opposition at the first try since Ghana returned to democratic rule in 1992.

John Kufuor won at the second try in 2000 after losing to Jerry Rawlings in 1996. NDC Presidential candidate John Evans Atta Mills contesting from opposition in 2004, lost but would go on to win in 2008.

New Patriotic Party’s Presidential candidate Nana Akufo Addo lost in the 2012 elections but won in 2016 defeating John Mahama, whose 44.7% obtained is the lowest for any NDC leader since the party was formed in 1992.

But he is seeking to replace this unwanted record with a positive history of winning back the seat from the opposition at the first try.