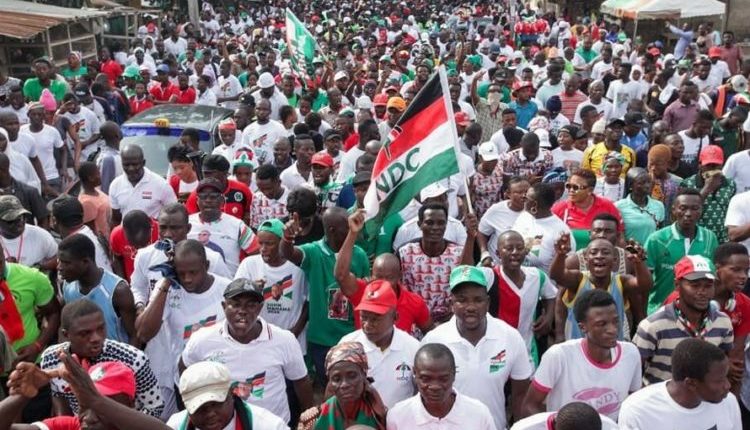 The Abuakwa South Communication Officer of the opposition National Democratic Congress (NDC) in the Eastern region has been beaten by a gang of thugs while attending a funeral of his grandmother at Kyebi on Saturday September 28.

The victim Aikins Ofori was instead arrested and put behind bars by the Kyebi Police when he attempted to lodge complaints of the incident. According to the Police, he was already wanted for allegedly insulting the Okyenhene on social media July this year.

Aikens has been a thorn in the flesh of some elements of the ruling New Patriotic Party and the Okyenhene Palace over incessant wild allegations  in statements he issues on Social media and sometimes traditional media.

Meanwhile,  the Eastern Regional secretariat of the NDC in a statement issued Sunday has condemned the attack and called on the Police to handle the matter professionally and arrest the perpetrators within 48 hours.

Below is the statement issued

The attention of the eastern regional communication bureau has been drawn to barbaric attacks by some hoodlums on the Abuakwa south constituency communication officer of the National Democratic Congress, Aikins Ofori, and we want to register our revulsion on same.

In the early hours of Saturday, 28th September, 2019, the constituency communications officer, whilst at his grandmother’s funeral at Kyebi, was apprehended and beaten to a pulp by some hoodlums without provocation. As a law abiding citizen, he went to the office of the district police command to lodge a complaint for the hoodlums to be dealt with according to the laws of the nation.

Upon his arrival, the police ceased him and was put behind bars, with the reason that he had been reported somewhere in July this year, for once insulting the Akyem Abuakwahene, Osagyefo Amoatia Ofori Panin, on a WhatsApp platform, a false allegation orchestrated to rationalise such obvious political violence.

All efforts to secure him a bail proved futile until it took the intervention of the Abuakwa south NDC constituency chairman, Alhaji Sanusi, to get him released.

The police per our constitution are supposed to protect lives and properties and not to unlawfully detain victims of political violence, and rather protect the perpetrators. On the bases of the above, we are demanding the following from the Abuakwa South District police command;

* That they commit to professional and fair policing to prevent others from taking the laws into their own hands.

* That they quickly discharge the Communications Officer and stop feeding on orchestrated petty rumours from Social media platforms.