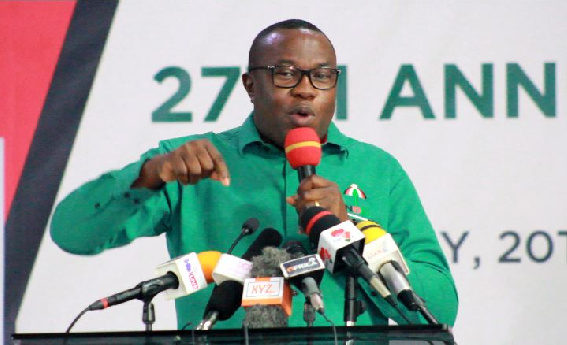 NDC has the men and women – National Chairman taunts NPP

Mr Apofo says the opposition party has the men and women to form the next government in what could be considered a quip targeted at the Akufo-Addo administration.

Addressing members of the party at the inauguration of the 2020 manifesto committee, Samuel Ofosu Ampofo said every member of the party has a role to play in the forward march to regain power.

“We have the men and women in our party,” he stated, “but the lot has fallen on this number to help us.”

“The point is that everybody has a role to play.”

The NDC named a strong 21-member committee to form the manifesto committee after a wide stakeholder consultation with identifiable groups. The consultations were led by flagbearer John Dramani Mahama.

The work of the committee will be reviewed by some veterans of the party among whom are Professor Kwamena Ahwoi and Sherry Ayittey.

The committee will be chaired by Professor Kwaku Danso Boafo, who underscored the great quality of the membership.

He said the spread of the members from various sectors including academia, labour and industry is testament that NDC indeed has the men to deliver.

He promised that the manifesto “will be designed to lift our brothers and sisters from being hewers of wood and drawers of water”.