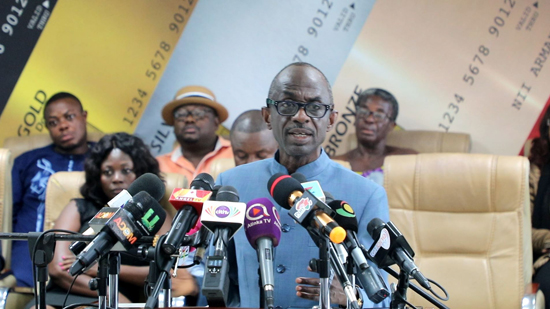 The leadership of the opposition National Democratic Congress (NDC) has described as regrettable the banter between key figures in the party and its caucus in Parliament.

This was at a meeting initiated by the Council of Elders on Tuesday, March 16, to consider recent developments in Parliament, arising from the approval of some ministers.

The Council of Elders urged the rank and file of the party to support the caucus in order to hold the Akufo-Addo government to the principles of probity and accountability.

The caucus leadership pledged to uphold the principles and values of the party in its collective bid to develop the country.

It will be recalled that on March 3, 2021, three of President Akufo-Addo’s nominees who went through the vetting process were disqualified by the Minority in Parliament.

But it is believed that some of the Minority MPs made a u-turn and approved the ministers.

At the end of the election, the Food and Agriculture Minister-designate, Dr. Afriyie Akoto polled 53.96% with 143 votes out of the 265 ballots issued with one spoilt ballot.

With Ghana’s Parliament still composed of 137 NPP MPs, 137 NDC MPs and one independent candidate, it clearly showed that some legislators from the NDC side had voted to approve the disqualified Ministers-Designate.

This development did not sit well with the NDC’s National Communication Officer, who took to his Facebook page to express his displeasure.

Sammy Gyamfi accused the party’s leadership in Parliament as well as the Speaker, Alban Bagbin of betraying the party.

“And we, must not let them succeed in their parochial quest to destroy the NDC, the party that has done so much for them and all of us. The shame they have brought on the party will forever hang like an albatross around their necks,” he posted on his page on March 4, 2021.

The NDC Communication Officer described the phenomenon as a grave betrayal to the party and tantamount to destroying the NDC.

“These are hard times for all of us but we should not let the betrayal of a few quench our love for the great NDC. Rather, let it strengthen us to fight for this party. We all have an equal stake in this party. They are few, we are many. Some have sold their conscience but ours is intact. And we, can work together to rebuild the party from the ashes of 3rd March 2021, which I call ‘Black Wednesday’- Our day of self-inflicted shame.”

Mr Gyamfi’s post stirred up a lot of emotions and reactions from the rank and file of the party.

The Speaker of Parliament, Alban Sumana Kingsford Bagbin, said his National Democratic Congress (NDC) comrades should not expect him to do the party’s bidding in his current position.

He pointed to the fact that he is now the Speaker of Parliament for Ghana and not the party so they will be disappointed if they expect him to will use his office to serve the party’s interest.

“Recently in the media, on social media, in particular, you have heard the blistering attack on me when I did not play any role apart from presiding [over the business of the House].

“Because I say I belong or came from a party, does he [Sammy Gyamfi] think I’m at the beck and call of the party?” the former Nadowli-Kaleo MP said in an interview. 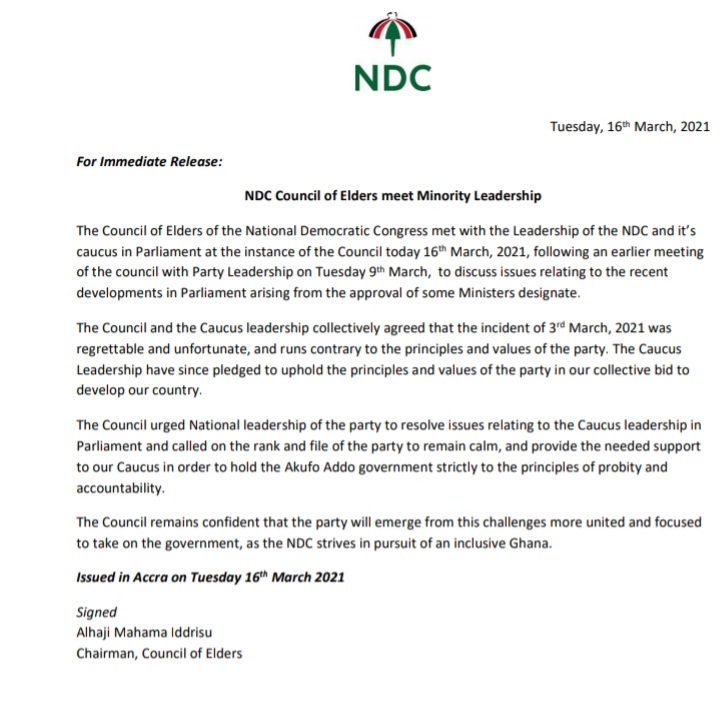