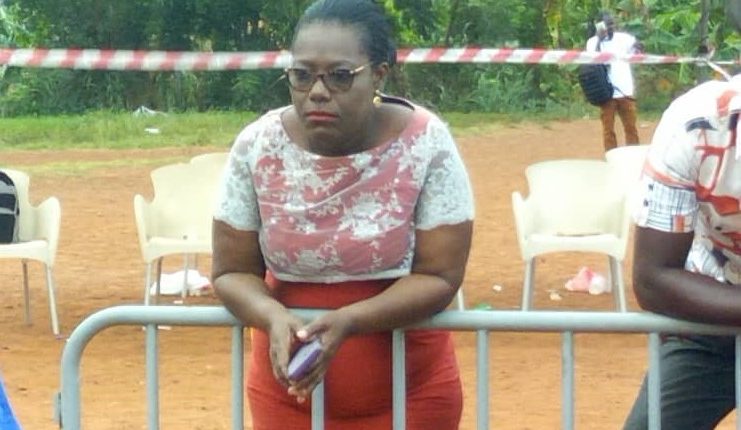 An analysis conducted by the political desk of The Ghana Report (TGR) on the just ended primaries of the opposition National Democratic Congress (NDC) has come to pass.

This follows the manifestation of TGR’s predictions of defeat for former Gender, Children and Social Protection Minister, Nana Oye Lithur and Hon. Daniel Kwasi Ashiamah, Member of Parliament for Buem Constituency in the Oti Region at the just ended NDC primaries.

In the Adentan Constituency, Adamu Ramadan, brother of Second Lady Samira Bawumia won with a total of 730 valid votes as against the former Gender Minister’s 559 votes.

Incumbent MP for Ningo-Prampram Constituency, Sam George from reports gathered on the ground prior to the ground indicated his contender had a slight edge over him in the polls. TGR’s prediction however highlighted efforts by Sam George in parliament which appear to have endeared him to a lot more ‘gurus’ in the party. It was thus a close call, as was seen in the margin of 7 votes between the two candidates and rather unsurprising as Samuel Nartey George narrowly won the primaries.

Hon. Sam George polled a total of 407 valid votes as against Mr. Tetteh’s 400 valid votes, making it the most competitive in the just ended NDC parliamentary primaries.

It would be recalled that The Ghana Report on Tuesday August 20, 2019 put out a publication with the caption: “TGR Radar: Big shots likely to fall in NDC primaries; Sam George, Oye Lithur under spotlight.”

The TGR publication said, “A rather interesting tale exists in the Adentan constituency, also in the Greater Accra Region. Former Gender, Children and Women Affairs Minister under the Mahama administration, Nana Oye Lithur has filed her nomination to contest the Adentan NDC Constituency primaries come August 24.

She will have to beat competition from Benjamin Angenu, a lecturer at the University of Professional Studies (UPSA) and Mohammed Adamu Ramadan, a Management Consultant and former Presidential Staffer during John Mahama’s administration.

Mr. Ramadan is from a politically knit family. His father is Alhaji Ramadan, a former Chairman of the People’s National Convention (PNC), the brother of Second Lady, Samira Bawumia and Abu Ramadan, a Deputy Director General of the National Disaster Management Organisation (NADMO).

Many constituency members who spoke to TGR for this piece described the former Gender Minister as a rather arrogant woman who was insensitive to the plight of several party foot soldiers for a long time. Many are of the view the former Minister’s ‘sudden’ nice posture may be cosmetic and a ploy to win votes in the upcoming election. That observation is sure to hurt the image the gender activist seeks to project as she embarks on her campaign for the Parliamentary Candidate position.

Adamu Ramadan has however proven to skeptics that he may be calm but is ready to go the extra mile in getting the job done. Adamu Ramadan, a rather unknown personality prior to the 2015 primaries shocked many when he beat then incumbent MP, Nii Ashie Moore in the party’s primaries.

He however lost to the NPP’s Yaw Buaben Asamoa in the general elections the following year.

He is optimistic of victory this time round although his affiliation to Samira Bawumia and Abu Ramadan appear to be doing more harm than good as he appeals to the grassroots of the party for support ahead of Saturday’s contest. His opponents describe him as a possible mole whose candidature will not augur well for the party in the 2020 general elections.

That notwithstanding, opinions sampled by TGR Radar appear to put Ramadan in the lead as the best possible candidate for the NDC in its bid to snatch power from the governing NPP.”

The said publication triggered a response from the former Gender Minister.

In a write up by her campaign team to online portal, GhanaWeb who aggregated the said content from The Ghana Report, the human activist dismissed the prediction outrightly insisting her ‘good works’ at the constituency was enough to secure victory for her.

The statement read, “The Communication Department of the Nana Oye Lithur campaign team for the Adentan NDC parliamentary primaries has noticed a story dated 20th August, 2019 on your news portal, the ghanaweb, with the above headline.

The story posited that an intelligence picked up by the Political Desk of The Ghana Report (TGR) has it that some ‘big shot’ within the opposition National Democratic Congress (NDC), stating the person of Nana Oye Lithur, may not be given the nod by their party delegates in their primaries to contest next year’s parliamentary election.

Interestingly, the report by TGR pointed out that Nana Oye Lithur is competing against two other aspirants, who are, Benjamin Angenu and Mohammed Adamu Ramadan. This claim is factually inaccurate; in that there are only two contestants for the Adentan NDC parliamentary primaries, and they are in the persons of Nana Oye Lithur and another.

As a resident of Adenta since 2002, Nana Oye Lithur has been a registered member of the Party in the constituency – with the Word Miracle Church branch. She has shown commitment and dedication to the progress of the Party in particular and the Adentan Constituency as a whole.

First, as a former Minister for Gender, Children and Social Protection, she implemented the Livelihood Empowerment Against Poverty (LEAP) programme under President John Dramani Mahama to 1,200 direct beneficiaries from the Adentan constituency constituting 289 households.

Secondly, during the NDC’s nationwide free National Health Insurance registration, she facilitated the registration for 400-500 beneficiaries – especially the vulnerable and persons with disability.

Thirdly, under her Ministry, she implemented the Urban Elderly Welfare card for the Ghanaian elders which benefited members of the Party at the Constituency.

With respect to her participation in Party activities and political campaign, in the 2016 general elections, she supported the then NDC parliamentary candidate, now a contestant, Mohammed Adamu Ramadan with financial and logistics support. In the light of the above, the report that some constituency members described the former Gender Minister as insensitive to the plight of several Party footsoldiers is spurious and without any basis.

Further to the above, her credibility to become a Parliamentary Candidate is untainted. She has proven beyond any doubt that she has the strength, leverage, competence, experience and she is ready to serve the people of Adentan – even before she became an aspirant in the parliamentary primaries.

We urge the TGR to be thorough and circumspect in conducting an opinion poll by cross-checking basic facts next time to avoid such misrepresentations.”

It is important to stress the point that The Ghana Report has no political interest whatsoever except to put out well-researched, fair and balanced reportage to discerning readers the world over. Our work remains credible and devoid of sensationalism.

We shall, in the interest of quality journalism, continue to serve our audience well researched and balanced reports.

Watch out for more predictions by TGR as the political temperature heats up in the coming weeks.